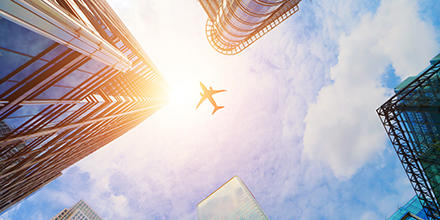 A successful attack against a civil aircraft depends either on lax security screening, assistance from someone on the air-side at an airport, or an innovative approach

Last month I travelled out of Chicago via Canada to Britain and was struck once again by the inconsistencies in aviation security internationally.

I was not required at Chicago to take anything out of my carry-on bag or remove any metal items from my body. However, on arrival in Britain I found that my checked-in bag had been thoroughly searched. Both the US Transportation Security Administration and the Canadian Air Transport Securit Authority had left ‘‘Notice of Baggage Inspection’’ forms in the bag. I should add that there was nothing in the bag that was unusual or noteworthy.

Having worked on transport security issues for many years, I probably take more interest in aviation security than most people, so the allegations of a Sydney terrorist plot to try to bring down an aircraft flying within or out of Australia were particularly noteworthy.

At one time, I was involved in the training of Australian air security officers and used to go through with them all of the examples of past attacks on Australian passenger aircraft. Most of them were by mentally disordered persons acting alone.

In one unusual case, in 1977, a Connair aircraft was used as a weapon at Alice Springs. The attack by a disgruntled pilot on his old workplace killed him and four of his former co-workers.

The alleged Sydney plot would be the first case of a group terrorist plot to attack an aircraft in Australia. There have of course been many terrorist attacks on aviation internationally since 9/11, primarily targeting aircraft headed towards the United States – being the primary target of al-Qaeda and Islamic State.

Al-Qaeda has mounted several sophisticated attempts to defeat aviation security screening – some examples being Richard Reid the ‘‘shoe bomber’’ in 2001, the British-based plot to combine liquids to produce a bomb in 2006, and Umar Farouk Abdulmutallab’s ‘‘underwear bomb’’ in 2009.

Islamic State, following its reverses in Syria and Iraq, has been taking an active interest in defeating aviation security screening by building bombs into electronic devices, hence the recent American and British restrictions on flights from many Middle East airports.

A successful attack against a civil aircraft depends either on lax security screening, assistance from someone on the air-side at an airport, or an innovative approach. Where none of these has been practical or achievable, the next best thing is to target the public area of an airport.

Some countries have pre-screeninbuilding, particularly when there is a heightened level of security concern. At Narita, in Japan, there is passport and ticket screening to restrict international airport access to passengers only. Now that terrorist passengers are prepared to sacrifice themselves, that is not a particularly effective approach.

In Israel, I have had my check-in bag searched before check-in and been asked probing questions about what I was doing in Israel. Because of past attacks, the Israeli carrier El Al maintains tight security, with the airline having its own screeners on the air-side at foreign airports.

Much has been made of aviation security weaknesses in Australia over the past few days, but by international standards Australian aviation security is good and reasonably sensible. We are also not subjected to the often mindless double and triple-checking that can occur overseas.

Australian airlines and airport management will not want security to become so intrusive or slow that passengers miss or delay flights, or travel by alternative means if it is feasible to do so.

Explosives detection at Australian airports includes the cost-effective swab test normally used on about one in 10 passengers. I know it can be effective, as bomb course students sometimes get pulled over for having positive readings. However, because of political correctness, its effectiveness is diluted by random swabbing of very low-risk groups such as families, sports teams, social groups and the young or elderly.

An ongoing security problem for airports is the high turnover of staff having access to the air-side. The turnover of lower-paid staff creates a potential vulnerability where workers are not adequately checked or, because of vetting backlogs, clearances are not reviewed at regular intervals.

The good news for Australian air travellers out of Melbourne, Sydneyand Canberra – and elsewhere in Australia, is that travel within Australia remains very low risk. Our counter-terrorism authorities are very good at detecting group plots, and mentally disordered attackers acting alone can always be overcome by the flight crew and passengers – and have little prospect of getting into the cockpit.

The main security concern will continue to be sophisticated terrorist bombings of international flights to the US – and that is where most of the screening effort should be focussed.

This article was first published in the Canberra Times on Wednesday, 2 August 2017.