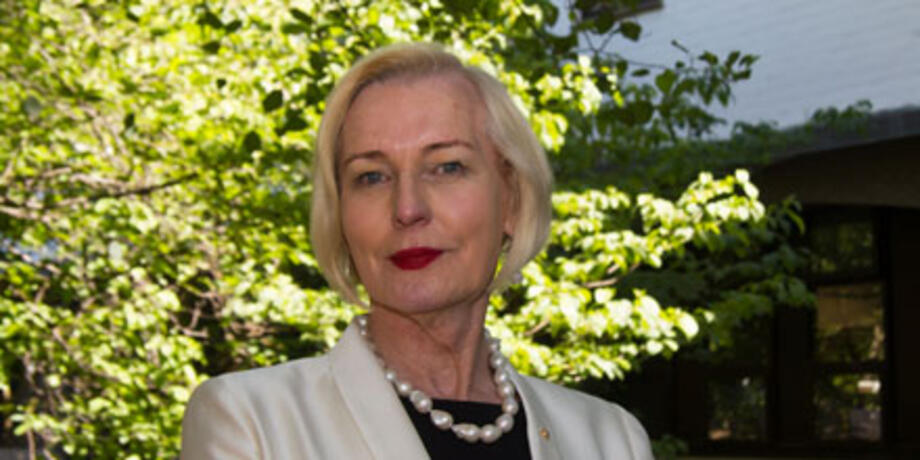 If anyone’s thinking of law, especially as a mature-age student, I couldn’t but recommend the ANU Juris Doctor as a pathway into law. It’s also got an exceptional Law Library, and Russell and Craig in the Student Administration Office have been patient and generous.

Catherine McGregor AM returned to university as a postgraduate student in mid-2018 to study the Juris Doctor at The Australian National University after earlier attempts at a legal career segued into politics, the Australian Army, and cricket.

“I’ve embarked on legal careers more than once,” she explains.

“I started the old solicitor’s admission board exams in the 1980s and worked as a law clerk in a big industrial law firm called McLellands.

“I got distracted and went into politics, working for Bob Carr in the NSW Labor Party, and never completed the course.

“I then went back and started the external course, LLB at Macquarie University in the 1990s, and to my great chagrin got through three-quarters of that. I had 54 credit points, but very disrupted progress because of military deployments after 2001.

“Some of the credit points went stale, I lost my way a bit, and the gender transition was clearly a very traumatic period.”

Catherine’s career has included over three decades’ of military service as an officer in the Australian Regular Army and the Royal Australian Air Force. Her service included deployments to East Timor.

Catherine graduated with Honours in History from the Royal Military College Duntroon, where she was awarded the CEW Bean Prize for Military History. She holds postgraduate degrees in War Studies and Military History, and was the world’s highest ranking transgender military officer as Lieutenant Colonel and chief speechwriter for the Chief of Army, before retiring.

A lifelong lover and player of cricket, Catherine is also an author, and a renowned cricket commentator and writer.

But the love of the law, and with it the oral advocacy and argument, were never far away. Catherine always harboured an ambition to be a barrister.

“I realised at some point, if you don’t do this soon, it’ll never happen,” she continues.

“The Juris Doctor was commended to me by other people. It made sense because I had existing other tertiary qualifications to build on, and ANU has got an exceptional reputation in the fields of Public Law and Constitutional Law, so it made sense.

“I chose to stay in Canberra [after retiring from the Army in 2016], my former wife is here and we’re still close, and Canberra had grown on me over time.

“I’m very much thrilled that I’ve had the opportunity to do the JD here. I’m a big fan of it and think it’s been an outstanding course.

“The faculty that I’ve encountered so far have been exceptionally gifted and giving as teachers. I’ve been fortunate enough to pick up a couple of mentors who’ve employed me as a research assistant on some projects.”

They include Professor Asmi Wood, and Christie Gardiner. Catherine assisted with Christie’s refereed journal article on the human rights elements of aged care in Australia that encompasses areas including jury service.

“The Research Assistant stuff has been a huge opportunity frankly to work outside the tort course and do work that gives me valuable experience. I’ve really enjoyed it.”

Catherine has to date studied the Juris Doctor online, but will be undertaking some of her courses on campus in 2019.

“That’s one of the benefits of living in Canberra and the flexibility of the course,” she explains.

“I’m taking Contracts on campus this year as the compulsory, and I’m going to do Australian Public Law online.

“I would hope to do more than half the remaining course on campus. The cohort I’m with has been very interesting, all with interesting life experiences, and there’s a commitment to us I’ve not encountered anywhere else.”

Catherine’s praise extends beyond her scholars.

“If anyone’s thinking of law, especially as a mature-age student, I couldn’t but recommend the ANU Juris Doctor as a pathway into law.

“It’s also got an exceptional Law Library, and Russell and Craig in the Student Administration Office have been patient and generous.”

After university, Catherine would love to become a barrister.

“I’m genuinely intellectually interested in law and am bit of a geek in that I’m fascinated by Constitutional and Administrative Law,” she says.

“I love reading about cases and judicial method and would love to go to the Bar as I think it suits me for my oral advocacy and ability to process arguments.

“Having said that, I’m going to pay the price for having dallied so long and am probably not competitive for getting a placement on the floor, given my age (62).”

After the JD, Catherine intends to stay at ANU and start a Doctorate of Philosophy, specialising in Constitutional Law.

“I just hope to make this a lifelong journey in and around law,” she says.

“If I had a fantasy life, it would be to emulate Professor James Stellios and do some teaching in Constitutional Law and scholarship and some advocacy in a really intellectually-satisfying part of the law.

“That model of working as an advocate and a teacher and scholar has enormous appeal, but I know many are called and few are chosen.