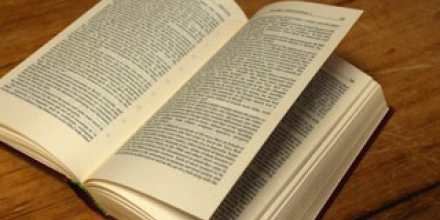 By May 2013, a succession of federal government cuts to higher education in a little over a year amounted to almost $4 billion. These cuts represent yet another step in the neoliberal striptease of the state. While we can cope with the privatisation of utilities and transport, higher education is neither a service nor a commodity. It is a public good of which the university is the traditional custodian.

I am not yearning for some mythical golden age where neither the state nor the market played a role, for the past incarnations of the university have all been classed, sexed and raced. Nevertheless, I rue the way corporatisation and commodification have assumed centre-stage as our political and university leaders pay obeisance to the Great God Mammon in the interests of ‘the economy’, ‘budget surpluses’ and ‘efficiency dividends’.

When HECS (Higher Education Contribution Scheme) was introduced 25 years ago, it was set at a modest $1800 across the board but was soon ratcheted up, with law at the highest rate. While there was initial resistance, opposition became less vociferous as consumerism became the norm, emboldening governments to cut budgets further. As the neoliberal guru Hayek predicted, the combination of a user-pays philosophy and the lure of high professional salaries would hasten the shift to higher education as a private good. And it did.

Indeed, universities have been turned upside down as a result of commodification. Far from their origin as corporations formed ‘for some good purpose’, they are now the equivalent of private profit-making corporations, complete with a CEO surrounded by a bevy of senior ‘executives’ on astronomical salaries, some of whom now receive more than a million dollars. These managers have replaced professors as the university élite.

Managerialism with its top-down style has in fact cannibalised the university, with 50 per cent of employees now occupying managerial positions. Their role is to tell the other 50 per cent — the core academic staff — what to do and how to do it. Academics are constantly being exhorted to do more with less — to teach more students, generate more research moneys and produce more ‘outputs’, by publishing in international refereed journals; all this while assuming more and more of the administrative burden themselves. Unsurprisingly, they are harried and stressed.

Of course, universities are no longer the élite institutions they were when attended by a mere five per cent of the population. While ‘massification’ appears to be good for democracy, the transmutation of students into customers means that their primary aim is credentialism, not a liberal education, despite the best endeavours of committed lecturers. Consumerism entices them onto the corporate track where they can ‘live the dream’ rather than pursue a less hedonistic career in social justice.

The recent cuts to higher education have been engineered by a Labor government for whom the ‘education revolution’ is claimed to be a central platform. What can we expect from a Coalition government come September? The Browne Reforms initiated in the UK by a Conservative government in 2010 and put into effect this year give us an inkling. There, public money is no longer available to support undergraduate education, with the exception of one or two areas such as engineering and medicine. Fees have been tripled as the full implications of a user-pays philosophy are realised.

Full fees for domestic students were initiated by the Howard Government and we can expect a reversion to them. Howard also supported private providers as being ‘good for competition’. We can look to the UK again, and note that teachers at the private BPP Law School don’t undertake research at all. MOOCs (massive open online courses) are likely to be seized upon with alacrity by VCs as a major cost savings and could mean dispensing with academics altogether; all that would then be required would be a few casuals and a contingent of contract researchers. Alternatively, what about listing universities on the stock exchange? Slater & Gordon was the first law firm in the world to do so. Why not another Australian first? There is no limit to the inventiveness of the market once every vestige of public good has been whittled away.

MARGARET THORNTON is Professor of Law and ANU Public Policy Fellow at the Australian National University. She is the author of Privatising the Public University: The Case of Law (Routledge, 2012). This article war first published in (2013) 38(2) Alternative Law Journal 72.