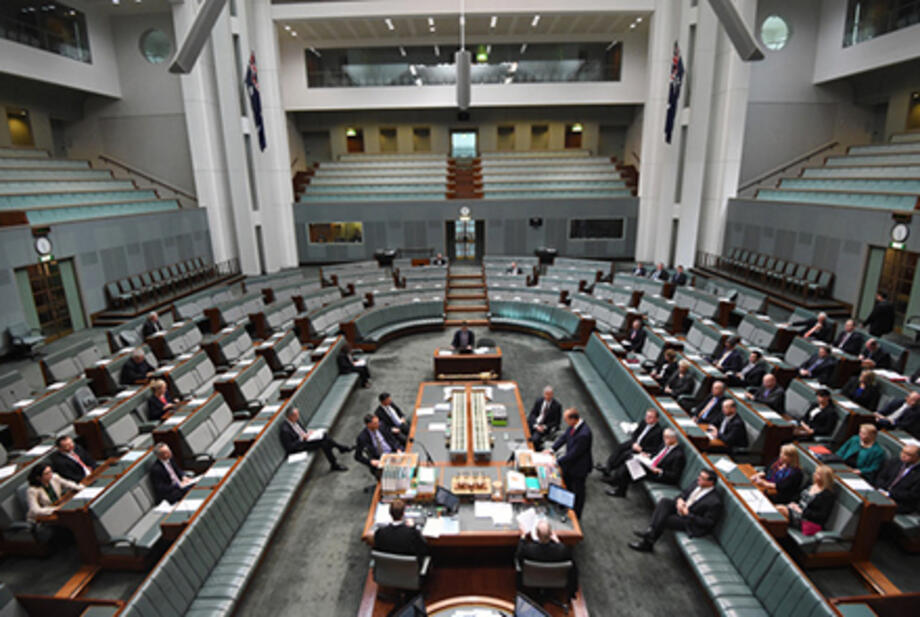 The determined avoidance of reference to human rights is a tactic, by both sides of politics, to avoid accountability. AAP/Mick Tsikas

Human rights is largely absent from public policy debate in Australia. Quite simply, human rights don’t matter when public leaders and commentators assess the merits of policy and laws. That is both remarkable and entirely understandable.

It is remarkable for two reasons. One is that human rights do matter in public debate in nearly every other country. The US is an exception – its “rights” discussion refers almost exclusively to its own arcane, idiosyncratic and irrelevant-to-Australia “Bill of Rights”. Elsewhere, public debate is informed by international human rights guarantees, translated into local law.

That leads to another reason why the absence of human rights in public debate in Australia is remarkable. Australia has signed up to those same human rights guarantees and it reports regularly to the United Nations on its compliance with its international obligations. So, Australia declares to the world its support for human rights, but it scarcely refers to the idea in its own affairs.

But that is understandable. No-one is inclined to refer to human rights in public debate in Australia when its leaders either avoid the idea or attack it, and the news media are silent on it.

Why is this so?

Why, if there is a global idea which a country has officially adopted, does it reject it?

The answer lies, in part, in power and control. The determined avoidance of reference to human rights is a tactic, by both sides of politics, to avoid accountability. Human rights are an identifiable, globally acknowledged, documented and systematic set of standards for state conduct.

A government can choose – as the ACT and Victorian governments have done – to hold themselves accountable to such standards. But successive federal governments steadfastly refuse to do the same.

This leaves the public debate without any grounding. In the current debate over stripping dual nationals involved in terrorism of their citizenship, the news media has latched on to “unconstitutional” as a measure of legitimacy for the proposal.

The only question on our side has been whether it would be subject to a High Court challenge.

Actually, no, that is not the only question. The Parliamentary Joint Committee on Human Rights, for example, will ask a ‘human rights’ question of the proposal, as it does of every proposed new law. Occasionally, the committee’s human rights analyses are noticed, but for the most part public policy debate is stuck on partisan arguments of what is claimed to be “common sense”, or passing the pub test.

There remains the possibility that the stripping of citizenship will operate retrospectively. No doubt the Intelligence and Security Committee would consider “legal views” on the issue, but the position under Australia’s international obligation is unequivocal: the law is never permitted to impose a penalty retrospectively for conduct that was not unlawful at the time. A law that does so violates an absolute and fundamental human right.

The role human rights can play

Most policy debate can be informed by human rights considerations. These include wages for people with disabilities, higher education funding, same-sex marriage, national security measures, data retention and so on. For each of these, human rights standards offer a universal point of reference for public debate.

However, it is much easier for a government to exercise power by avoiding or delegitimising identifiable criteria for accountability. This means that battles for ideas and values take place on shifting territory, where language can change, perspectives can switch, and interests can be variously promoted and sidelined.

The system and language of human rights are far from being the crude “trump” and international directive that they are demonised as. Much of the apprehension about human rights in public debate stems from the lack of familiarity and understanding.

A human rights debate about, say, metadata laws identifies competing concerns for public safety and privacy, and engages in a systematic process of reconciling the two to ensure that both are met to the greatest possible degree.

Similarly, a human rights assessment of industrial laws will reconcile competing concerns for economic efficiency and freedom of association.

So, human rights don’t matter in public debate in Australia because they are treated – by those who are threatened by them – as if they don’t matter. This doesn’t – and I can’t – explain why the news media and public commentators do not turn to human rights standards as a point of reference.

There is no shortage or material for the media to work with. The Australian Human Rights Commission, the Parliamentary Committee on Human Rights and the Human Rights Law Centre are just three sources of human rights analysis of current policy.

The response to a challenge to a policy proponent that a proposal appears to breach Australia’s human rights obligations should be telling. The answer can only be “I don’t care”, or “No it doesn’t” – and the latter requires some explanation.

It suits both sides of politics to avoid having to explain themselves in human rights terms. It’s time they were called to account.

Simon Rice is Professor of Law and Director of Law Reform and Social Justice at the ANU College of Law. This article was originally published on The Conversation.