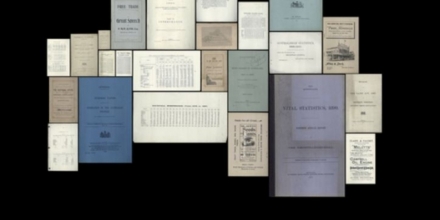 In many important areas of Australia’s system of government, much is determined by unwritten rules – or what we call ‘constitutional conventions’. Archives New Zealand, CC BY-SA

… federal government is held responsible to both the House of Representatives and the Senate.

But how? And why?

Australia’s Constitution sets the ground rules for its system of government. But many things one might expect to be in it simply aren’t there.

The Constitution doesn’t spell out how the prime minister is to be chosen, for instance, or when they should be obliged to resign. There’s no reference at all to the prime minister in the document. And although the Constitution requires ministers to be members of parliament, there’s no mention of terms such as “responsible government” or “ministerial responsibility”.

Despite this, jurist Sir Isaac Isaacs described responsible government as:

… part of the fabric on which the written words of the Constitution are superimposed.

… the principle of responsible government – the system of government by which the executive is responsible to the legislature … is an integral element in the Constitution.

But where do we find this “integral element”, if not in the text of the Constitution?

… provide the flesh which clothes the dry bones of the law.

They are rules that help make the legal text of the Constitution work, and they can add some flexibility to constitutional arrangements by evolving over time.

So, when a convention is broken, the consequences are usually political rather than legal. Instead of being brought before the courts, a convention breaker is more likely to suffer political criticism, be the subject of popular outcry, or be punished at the ballot box.

But while conventions cannot be enforced in the courts, they’re understood by everyone involved to be important constitutional rules.

When the Australian Constitution’s framers were drafting its text in the late 1800s, they thought certain things went without saying, given the way the system was designed.

The general understanding is that ministers are accountable to parliament for their policy decisions, for the administration of their departments and for any relevant indiscretions. But these are unwritten rules: what does “accountable” mean anyway?

For some, it means the minister must resign upon the discovery of any misadministration or mistake. For others, accountability requires that the minister is obliged:

… to explain and to justify his or her conduct, the [parliament] can pose questions and pass judgement, and the [minister] may face consequences.

But there’s no authoritative view.

The reality is that political circumstances will determine what’s required of a minister, and the consequences for not meeting expectations. If a minister has the support of their party colleagues, for example, it’s possible that less will be required of that minister and that the consequences will be less severe than they might otherwise have been.

A desire for greater certainty has led to some discussion in Australia – and elsewhere – of arguments in favour of codifying constitutional conventions and making them enforceable as a matter of law. This is certainly possible.

As recently as 1977, the Australian Constitution was amended to codify and entrench what had previously been a convention about filling casual vacancies in the Senate. The argument for codification may make most sense in the context of conventions about the Governor-General’s reserve powers, over which there was so much controversy in 1975.

But the risk of codifying conventions more generally is that we transfer power away from democratically elected representatives and towards the courts. If we legally require ministers to resign for poor administration of their departments, for example, a judge might have the final say about whether a particular minister should resign for a particular action. This may undermine the extent to which the people can control their government.

The question then becomes whether we prefer greater flexibility and democratic control over the government, or greater certainty and judicial control. But there may be a middle ground.

The Australian Department of Prime Minister and Cabinet, for instance, offers a “guidance” document on those constitutional conventions known as caretaker conventions. These conventions affect how government operates during election campaigns.

The document is “neither legally binding nor hard and fast rules”, and cannot be enforced in the courts. But it offers clarity for those affected by the relevant constitutional conventions. Similar guidance documents on other conventions could provide greater certainty about the relevant unwritten rules.

But, as things stand, it’s incumbent on all of us, as citizens in a democratic society, to ensure that our representatives hold our government to account.

Ryan Goss is a Senior Lecturer at the ANU College of Law. This article was originally published in The Conversation.