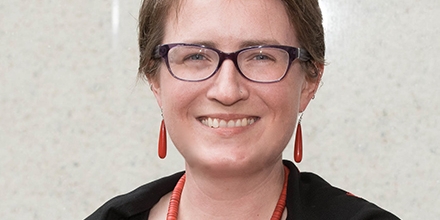 Extreme weather events are becoming more common and population growth means people are moving into increasingly marginal land. Secure access to land has significance for housing, food and production, as well as providing the basis for stable recovery programming.

Only 30 per cent of land globally is formally registered. The poor state of the registry, large numbers of fraudulent titles and unclear transfer mechanisms can make identifying ownership and transferring property challenging at the best of times.

Disaster compounds these challenges. When Typhoon Haiyan hit the Philippines in 2013, the land titles office for the province of Leyte was washed away in a storm surge. Documentation for agricultural land redistribution and cadastre maps were lost.

In such a situation, evidencing a legal right to land imposes many insurmountable hurdles. Where land is held under customary law, as in much of the Pacific, the interaction of formal and customary systems creates additional complexity.

Informal settlers, who often live on marginal and unsafe land, are more vulnerable to disaster than those with regular land interests. Their reliance on low-cost, low-quality materials exacerbates this marginality, which is why about 80 per cent of the homeless after the 2010 Haiti earthquake were informal settlers.

Informal settlers and renters can be vulnerable in other ways. Following disaster, housing assistance is often allocated on the basis of ownership criteria, rather than actual housing needs.

The December 2004 tsunami killed 150,000 and displaced 500,000 in Indonesia. Initially, the recovery strategy provided only owners of destroyed homes with a replacement dwelling and owners of damaged homes with reconstruction assistance.

Renters and informal settlers were ineligible to receive assistance, leaving some 70,000 in temporary camps years after the disaster occurred.

In Tacloban after Typhoon Haiyan, informal settlers were forced off their land by the disaster.

Many were refused permission to return by title holders, who used the disaster to bypass particular legal protections granted to urban informal settlers in the Philippines.

The influx of Indonesian and international aid and construction workers into Aceh drove up rents far beyond previous rates. Many former tenants were simply unable to afford their former residences or stores.

Issues about property reach into other areas of the recovery process. Ensuring inheritance rights is particularly challenging where large numbers of people have died.

For land to be transferred as part of an estate, a death certificate is generally required. But where the remains of the person in question cannot be located, establishing inheritance rights can be challenging. The beneficiary of the estate may also have lost their identity documents, further delaying the process.

Despite these issues, disaster may present a significant opportunity for transformation. Deeply embedded land issues rarely have easy solutions but a disaster can radically transform the social landscape, creating new possibilities.

However, experiences of 'building back better' tend not to offer significant promise for the transformation of land rights.

In post-tsunami Thailand, fishing communities displaced from their beachfront homes found their former land turned into luxury resorts. The titling program that accompanied mass resettlement in Aceh aimed to improve the property rights of vulnerable groups. While some renters did, eventually, secure land, women - particularly widows - lost out.

Pre-disaster planning can aid the post-disaster recovery. In Nepal, the state kept land in reserve for relocation after an earthquake, meaning those unable to rebuild in situ can access temporary shelter.

Policymakers and development practitioners are better placed than ever to anticipate the nature and location of natural disasters. Because of the lack of success 'building back better', integrating land strategies into risk reduction programming promises benefits for disaster recovery.

Caroline Compton is a PhD candidate at the ANU College of Law. This article originally appeared in ANU Reporter  Volume 46 No.3