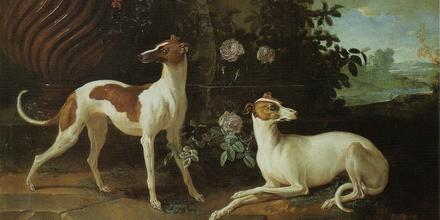 It is perhaps not surprising that a past owner of three whippets – or mini greyhounds – ANU College of Law PhD candidate Alexandra McEwan has had an abiding interest in the plight of racing greyhounds for almost a decade.

Alex began exploring the large-scale killing of greyhounds in the racing industry - what is euphemistically referred to as ‘wastage’ - when writing her LLB honours thesis in 2008.

However, it was when she was co-tutoring the ANU Law undergraduate unit Animals and the Law with Associate Professor Alex Bruce that she decided this was an issue that needed further attention.

“One of the students in the class, Krishna Skandakumar, did a presentation on greyhound euthanasia in the racing industry and at the end of the tutorial I invited him to be a co-author with me on an article about the industry.

“I had scanned the Australian literature and could only find one article about the greyhound industry, published in 2005.

“My intention was to bring the treatment of greyhounds in the racing industry to the attention of researchers and legal academics as an area in need of further attention.

The article, ‘The welfare of greyhounds in Australian racing: has the industry run its course?’ was published in the Australia Animal Protection Law Journal in 2011.

The article did its job, becoming a resource for a range of groups and individuals who made submissions to the 2013 NSW Select Committee inquiry into the NSW greyhound racing industry.

By the time of the ABCTV Four Corners story ‘Making a Killing’ in 2015 and the subsequent Special Commission of Inquiry into the Greyhound Racing Industry in NSW, there was a plethora of research and journalism on the issue and several animal welfare organisations had also put the plight of greyhounds at the centre of their agenda.

The greyhound industry is one of three case studies Alex examines in her PhD thesis, which establishes a framework for the analysis of animal protection law and policy question using the concept of violence.

Alex argues that as we move into the 21st century we need to look at animal protection from a completely different perspective.

“The research framework I have developed provides a method for analysing animal protection law and policy issues that does not rely on the concepts of animal welfare, animal cruelty or animal rights.

“Although these concepts may be useful in and of themselves they also constrain the way we think about animal protection.

“Indeed, by adhering to these terms in an uncritical way we can unwittingly contribute to reproducing the dominant power relations that perpetuate widespread violence against animals,” Alex said.