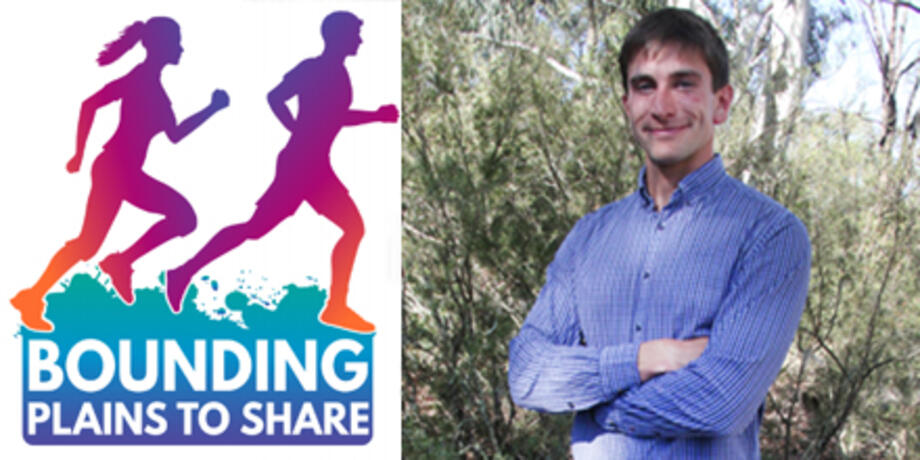 Each day we're telling the story of an asylum seeker or immigrant, to try to bring the humanity back to the discussion.

Soon-to-be Law/Commerce graduate, Jackson Bursill, is about to embark on a three-month run from Cooktown to Melbourne to raise awareness of refugees.

The project, Bounding Plains to Share, will see Jackson and co-founder Cassie Cohen run 4,000km in what will be a storytelling venture as well as a gruelling test of endurance.

The run comes as more than 600,000 Rohingya Muslims have fled violence in Myanmar and are staying in refugee camps in neighbouring Bangladesh.

But while that tragedy will no doubt be on Jackson's mind - particularly after visiting Myanmar in January to undertake a clinical program as part of his law degree - the conversations he hopes to have with people on this trip will be much more upbeat.

"We want to try to change the way we talk about asylum seekers and migrants," he said.

"Each day we're telling the story of an asylum seeker or immigrant, to try to bring the humanity back to the discussion."

"We'll be running through pubs in areas like far north Queensland and electorates where people have expressed through their votes that they don't like immigration," he said.

"We want to show that there has been immigration in these areas for many years. I think that sometimes people just have to have their eyes opened to the fact that some of the people they already call friends, also came to this country in similar circumstances.

"If we put that message in front of people in hopefully a way that doesn't inflame them, it might make people think about it a bit more deeply."

The pair also hope to raise money for the Asylum Seeker Resource Centre.

Jackson and Cassie met through their last major fundraising venture which has raised around $120,000 for the Australian Himalayan Foundation in three years.

After the 2015 Nepal earthquake, Jackson founded Neverest, to raise money by 'everesting' - climbing the vertical equivalent of Mt Everest - on Mt Ainslie in Canberra.

In its first year the event raised more than $41,000 and for the event's second year, Cassie reached out to Jackson on Facebook to help bring Neverest to Melbourne.

In 2017, the Neverest Challenge was held in Canberra, Melbourne and Sydney and the charity has raised more than $120,000 for earthquake recovery and education initiatives in Nepal.

"In the recent audit that the Australian Himalayan Foundation did, they found that the school scholarships that they give to primary school students gave the best return on investment in terms of improving the lives of people in the Nepalese communities," he said.

"For $200 we're able to ensure that a child stays in school all the way to the end of high school or at the very least the end of year 10.

"It pays for books, a uniform and lunch, which is so key because sometimes that's the only meal they will get that day."

The run will end at the Asylum Seeker Resource Centre at Footscray and is expected to take 100 days.

Jackson will take a very brief break from the run to attend his graduation ceremony on 13 December.

To see Jackson and Cassie's progress and learn more about the people whose stories they are highlighting follow them on Facebook or Instagram or visit their blog.

This article originally appeared in the ANU Newsroom