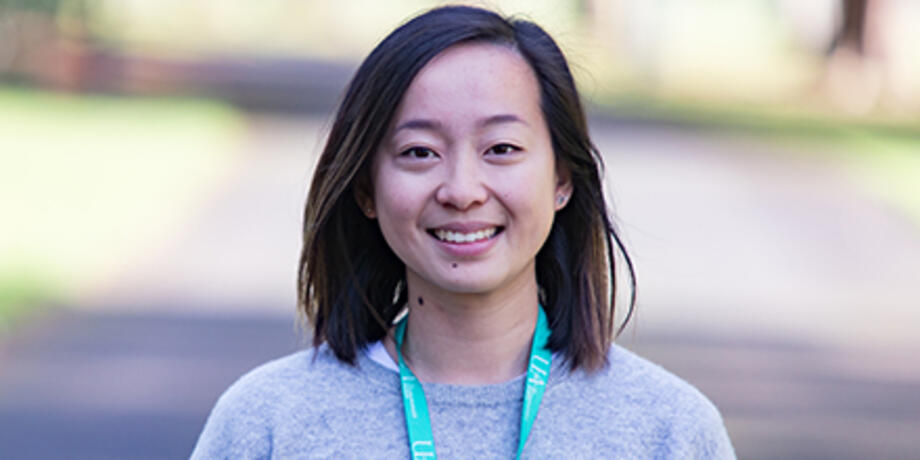 Winning this award not only presents a form of recognition for my work, but also shows that, as a discipline, law is becoming more open-minded and progressive by adopting a more interdisciplinary approach to legal issues.

ANU Law graduand Kathy Liu has been named a Global Winner in the 2017 Undergraduate Award for law, for a research essay written for LAWS4260 Law and Psychology.

The award included a trip to the annual Undergraduate Awards Global Summit in Dublin where she could celebrate and collaborate with fellow undergraduates and learn from people in the legal profession.

The research essay titled Moral Emotions and Restorative Justice: A Legal-Psychological Analysis of the Role of Shame and Guilt in the Restorative Justice Process in Offender Rehabilitation was initially included on the Highly Commended list before the global and regional winners were announced.

“I thought I wouldn't stand a chance with my essay because it was highly interdisciplinary and was not reflective of a traditional legal essay,” Kathy said.

“That's why to me, winning this award not only presents a form of recognition for my work, but also shows that, as a discipline, law is becoming more open-minded and progressive by adopting a more interdisciplinary approach to legal issues.”

The summit, which was held in early-November, was three day event held in Dublin aimed at fostering interdisciplinary collaboration and connecting students and recent graduates from around the world.

Students are given the chance to present their papers to their peers and learn from, and discuss with, leading professionals about current issues.

Kathy’s thesis will also be published in an academic journal.

In setting the assignment, Law and Psychology course convenor Dr Stephen Tang allowed students to come up with their own topic if they wished to do so,

“Kathy made the most of this opportunity and developed some really sound and novel ideas in the area of emotions in restorative justice.”

“As my honours student in Semester 1 this year, she wrote an excellent thesis which expanded on her earlier essay.”

“This resulted in her getting first class honours.”

“He has supported me in both academic and professional endeavours and for that, I am truly grateful,” she said.

Kathy completed her combined Bachelor of Science (Psychology)/Laws (Hons) in Semester 1, 2017, however, opportunities overseas have meant she is yet to officially graduate and receive her certificate.

Currently, she lives in Geneva where she is an intern at the UN Office of the High Commissioner for Human Rights in their petitions and inquiries section and she will present her honours research findings at the Applied Research in Crime and Justice Conference at Griffith University early next year.

She is also undertaking the ANU Graduate Diploma of Legal Practice.