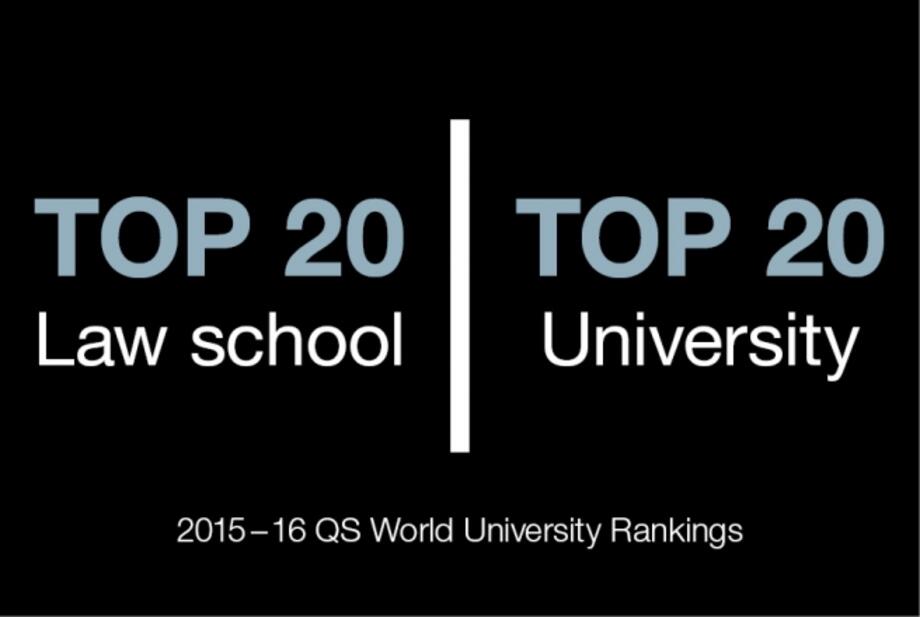 The ANU College of Law has celebrated its achievement at becoming Australia’s only ‘20/20 law school’ following the release of the 2015-16 QS World University Rankings.

Acting Dean of the ANU College of Law, Professor Donald Rothwell, said the result was an encouraging measure of the College’s objective to remain one of the world’s leading law schools.

“In becoming Australia’s only 20/20 law school, the ANU College of Law joins a select group of law schools, including those of Cambridge, Oxford and Yale.

“These results not only show the expertise of staff in the College, but their commitment to continuing improvement and ongoing excellence.

“The success of the ANU College of Law – and ANU as a whole – in achieving a top 20 position demonstrates that Australian legal education and research is comparable with that of the world’s best universities.”

Based on six performance indicators – including academic reputation, employer reputation and research citations – the QS World University Rankings measure over 3,500 institutions around the globe.