Home » Focusing on a bright future in environmental law

Focusing on a bright future in environmental law 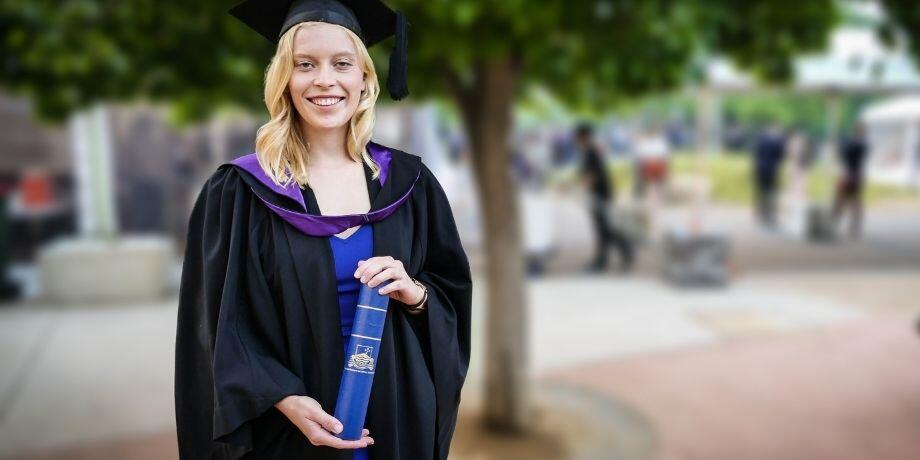 Grace Bramwell with her Bachelor of Laws (Hons) testamur following her graduation ceremony on 12 December 2019.

Sometimes it can be easy to lose heart about what you’re studying or why, but I kept my values in mind and the vision of working towards what I wanted to achieve.

For some students, blurry vision is a common symptom of late nights spent working on essays. But when Grace Bramwell experienced it constantly in her left eye, she worried it could be more serious.

After seeing an ophthalmologist, Grace was diagnosed with keratoconus. The disease, which affects one in every 500-2,000 individuals, is caused by the cornea thinning and bulging.

Although there is no cure, its progress can be halted by cornea collagen cross-linking – a costly surgery Grace underwent in early 2018.

“It’s frustrating because it’s a silent, invisible condition that you can only manage rather than recover from. It can feel overwhelming,” she says.

“I didn’t quite realise at the time that this was a battle I would have for life. I thought, ‘I’ll do the surgery, cope with that, and everything will be better.’ The reality is, though, it actually doesn’t improve your vision at all.”

Eyes on the prize

Despite her challenges, the 23-year-old from Gippsland, Victoria has never lost sight of her goals – one of which was realised on Thursday when she graduated with her Bachelor of Laws (Hons) from The Australian National University (ANU).

A couple of years later, she was accepted into ANU under its equity scheme that Grace credits for giving rural students like her an “invaluable” boost.

“Growing up in the bush encouraged me to pursue a career in environmental law, so the breadth of courses at ANU – from social justice to environmental law – was really appealing,” says Grace. 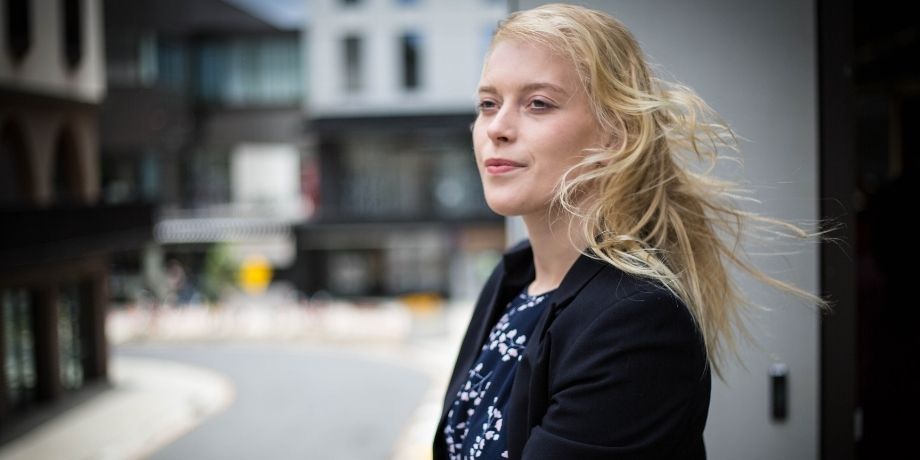 Grace felt "overwhelmed" upon learning she had keratoconus, a degenerative eye disease.

However, one of her most memorable experiences was studying Health Law, Bioethics and Human Rights taught by the late Professor Thomas Faunce.

Grace wrote a letter to the Health Minister calling for corneal collagen cross-linking to be covered by the pharmaceutical benefits scheme to ease the financial burden faced by many keratoconus patients.

“That’s why Health Law was important to me; I felt empowered in being able to learn about that area of law and apply it in a practical way,” says Grace, who was awarded the Dean’s Certificate in 2018 for topping the course.

For Grace, coming to Canberra marked a big step in more ways than one.  In addition to the normal challenges of adapting to a new city and the high-pressure environment of law school, it was also the first time she had lived away from her identical twin, Elsa, who studied Dietetics at Monash University.

“It was really difficult early on,” she recalls.

“Before our first year at uni, the longest we had ever been apart was four days.”

Family has always provided strong support for Grace, however, which makes sharing her graduation with them even more special.

Along with supporting her cope with her eye disease, they have also been there to help Grace through other, more visible health issues including two knee reconstructions.

“They kept me motivated throughout my degree. Sometimes it can be easy to lose heart about what you’re studying or why, but I kept my values in mind and the vision of working towards what I wanted to achieve,” she says.

“It’ll be nice to have my sisters and parents here (for graduation). They always had the confidence that I would get through it.” 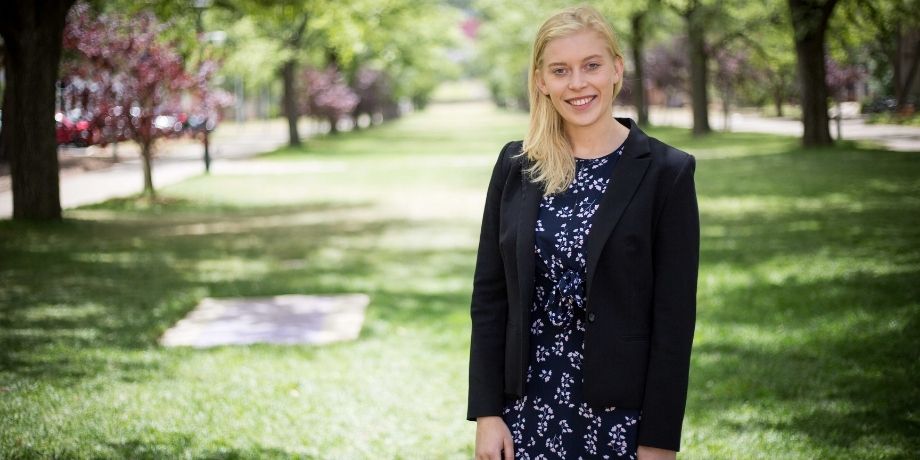 Grace aspires to one day become a barrister and be a champion for change in environmental law.

Next steps after graduation

Grace says her interest in environmental law was inspired by her mentorship with ANU by Professor Andrew Macintosh and participating in the Environmental Law Clinic, a course that gives students practical legal skills in environmental and planning law. This experience paved the way for further opportunities for Grace including private law clerkships in government planning and environmental law.

Currently a policy officer at Department of Environment and Energy, Grace will soon move to Sydney where she will undertake an associateship at the NSW Land and Environment Court.

There, she will be mentored by a familiar face: ANU alumna, The Honourable Justice Rachel Pepper (BA ’92, LLB (Hons) ’94), who she met as part of the ANU College of Law’s Visiting Judges Program.

“It’s the start of a career that I hope to have in environmental law,” says Grace, who wears two contact lenses – a rigid gas permeable lens on top of a soft lens – to maintain functional “but not perfect” vision in her left eye.

"It's just about making sure I feel confident to manage my condition so it doesn't affect the rest of my life, because these goals are why I studied law."

Words and pictures by Tom Fearon/ANU

For more information about keratoconus including support, visit Keratoconus Australia.