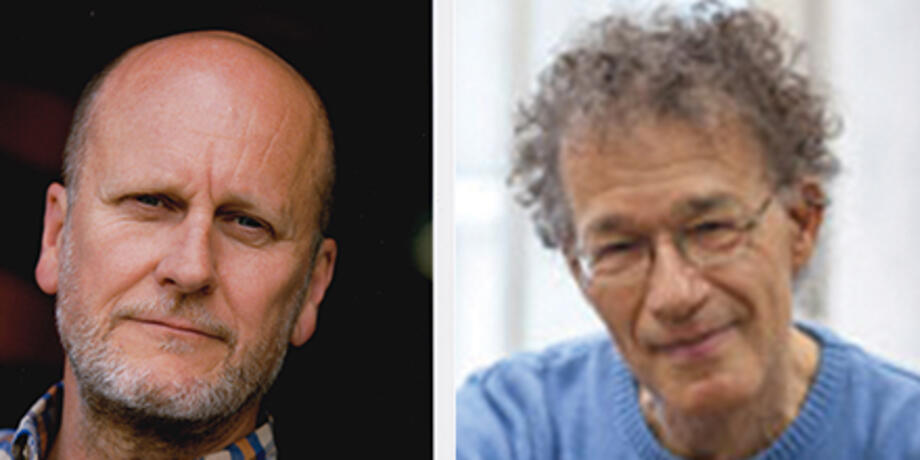 It has been wonderful to have the opportunity to work on this material with Greg Lehman and bring it to the national audience it deserves.

An exhibition co-curated by ANU Law Professor Tim Bonyhady and Dr Greg Lehman from the University of Melbourne has won Best Travelling Exhibition at the Museums and Galleries Australia National Awards.

“The National Picture: art of Tasmania’s Black War” was recognised at the awards, held 13-17 May in Alice Springs on the sidelines of the Australian Museums and Galleries Association Conference. The exhibition was also highly commended in the Indigenous Projects and Keeping Places category, with judges saying: “The two most commendable elements are the original research about frontier conflict and the critical challenge to colonial narratives.”

“The National Picture” focuses on two figures in Australian history: colonial artist Benjamin Duterrau and the George Augustus Robinson. Drawing key loans from national and international collections, the exhibition examines the work of colonial artists from the declaration of martial law in Van Diemen’s Land in 1828 to Duterrau’s death in 1851.

“Having published my first piece of art history about Benjamin Duterrau, the central figure in ‘The National Picture’, in 1980, when I was still an undergraduate student in the ANU College of Law, it has been wonderful to have the opportunity to work on this material with Greg Lehman and bring it to the national audience it deserves,” says Professor Bonyhady.

The Black War refers to a conflict between the 1820s and 1832 between British colonists and Tasmania’s Indigenous people. Both Professor Bonyhady and Dr Lehman have researched the conflict, estimated to have claimed the lives of 90 per cent of the island’s Indigenous population.

“This exhibition is a work of memorial to the thousands of Tasmanian Aboriginal people who died between … 1798 and 1830, during which the population of my ancestors was reduced from over 5,000 to less than 500,” says Dr Lehman.

The exhibition runs at the National Gallery of Australia until 29 July.