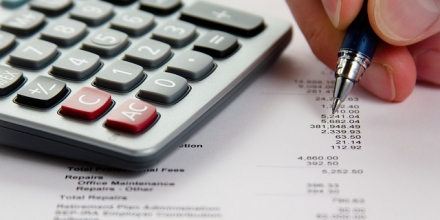 Despite providing only small benefits, recent class actions on bank fees enable consumers to vindicate their rights through the courts. (Image courtesy: www.chronicle.com)

Over the past few months we have been besieged by commentary about the dangers of class actions in Australia.

Emotive language is used to portray the threat posed to business after the commencement of further class actions against the banks for late fees.

It is time for a reality check. Class actions enforce the law.

Since their inception they have provided access to justice to do just that. A critical element of access is the economies of scale that class actions deliver. Therefore it is not surprising that the bank fees class actions will deliver only small benefits for the victims. Left to their own devices, small investors or consumers will inevitably ‘lump it’ rather than vindicate their rights because the cost of vindication far outweighs the potential compensation.

Importantly, class actions have always been regarded as an adjunct to public enforcement of the law in Australia. That is why securities class actions operate in tandem with proceedings by the corporate regulator.

Nobody believes that the Australian Securities and Investments Commission can undertake an optimal level of enforcement by itself, therefore the policy of enhancing private enforcement was embraced following a report recommending the introduction of the class action regime in 1988. It is clear that class actions deter corporate misconduct.

It was established many years ago that heightened concerns about potential class actions have had a positive influence on product design decisions. Class actions can do the same for consumer and financial markets in Australia.

Australia has a comprehensive suite of laws which regulate corporate misconduct and market behaviour. These laws will be useless without an effective enforcement regime.

Debate about class actions should be based on the observed phenomena of the civil justice system rather than scary stories.

A recent Jones Day report suggesting that Australia has more securities class actions per head of population than the United States, should be read closely. The report compares filed actions in the US with a larger Australian sample of threatened and filed actions.

The US figures are based on 166 federal securities class actions commenced in 2013, which ignores the considerable activity undertaken at the state level in the US in related proceedings under corporate laws. In any case, the corporations targeted in the Australian proceedings do not confine their activities to domestic markets, so it is hard to see why a local population metric is helpful.

One must consider the overarching importance of Australia's tough costs rules. Australian judges show little appetite for watering down these rules and they form a critical part of the discipline imposed upon plaintiffs in class actions.

Litigation funding also provokes a lot of scaremongering. Views may differ about whether or how litigation funding should be regulated, but there is no doubt that it has been a fillip to those who seek access to justice. Litigation funding means that class actions have become financially viable and the risks associated with an adverse costs liability may be mitigated or nullified.

Significantly, several recent Australian class actions (including for bank fees) have been commenced with open classes which allows for broad-based participation. Sure, the losses of some individuals may be small, but that's the point.

The settlement of the Kilmore East bushfire class action is another noteworthy development.

This article was originally published in The Australian Financial Review.