Home » An education built from experience for PhD scholar

An education built from experience for PhD scholar 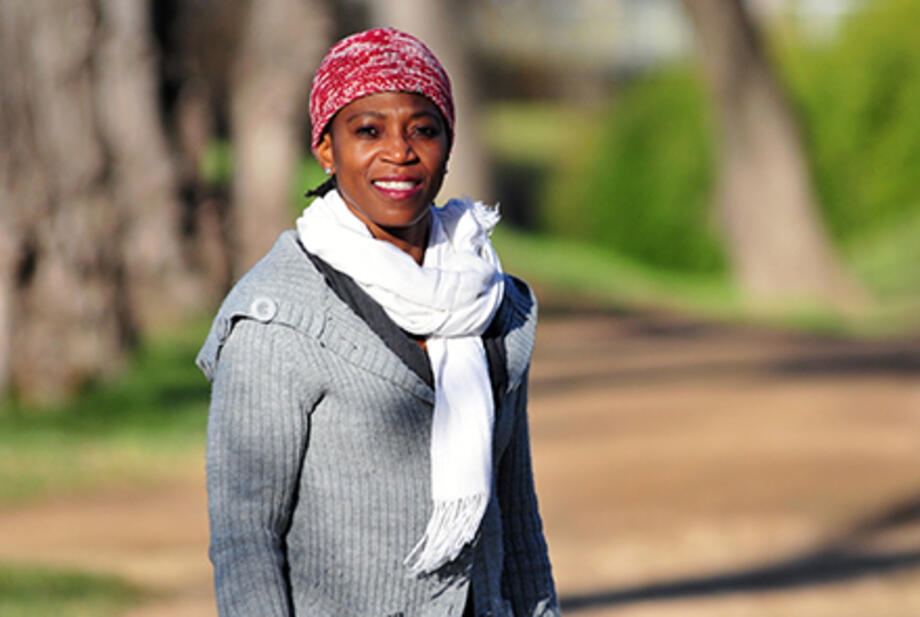 For many students, getting the practical experience and real-life insight to support their learning is often an afterthought, but for ANU College of Law PhD scholar, Veronica Fynn, it’s been something she’s had little choice about.

Speaking at the 2014 United Nations Youth Australia National Conference, Veronica said it was education that had enabled her to overcome the challenge, difficulty and danger that had marked her life since she fled the civil war in Liberia in 1992.

“I’ve always been a passionate believer in education as the great equalizer; the great enabler, and the only means to overcome adversity and poverty.”

Recounting her experiences as a refugee, Veronica told participants how she sat and slept on the deck of a peacekeeping vessel – without food, water or toilet facilities – for three days before spending the next two years living with her mother and five siblings in a refugee camp in Ghana.

“The idea of getting away from the fighting and violence of the civil war in Liberia, and starting again in Ghana was eroded from the moment we arrived”.

“Life was very, very difficult as a refugee – so much so that after two years in the camp, my mother actually chose to return to Liberia with my five siblings (2 brothers and three sisters), despite the civil war being far from over.

“After so many years of struggle, and seeing education as my only way out, I made the decision not to return with my family, and instead remain in Ghana,” Veronica said.

The decision – which Veronica says was among the hardest she’s ever had to make – saw her remaining in Ghana, completing her O-Levels, A-Levels and a Bachelor of Science degree before being granted immigration status as a sponsored student in Canada, and undertaking further study with the University of British Columbia.

Since then, Veronica has completed a Master of Public Health, a Master of Laws, and is currently working on a PhD under the supervision of the ANU College of Law’s and National Centre for Indigenous Studies Director, Professor Mick Dodson.

As successful as her journey in education has been, Veronica said it was one marked by a significant degree of pain, violence and personal sacrifice.

“I don't think for a moment it hasn’t all come at a cost. I’m still carrying the scars of what I’ve seen and experienced, including over a decade spent away from my family”.

“However, I’d always considered education as the only way to escape poverty, bring change to my people and build something positive from otherwise bleak situations.”

Despite the difficulty of her circumstances, Veronica told Youth Summit participants her experiences, and the decisions made as a result of them, had ultimately shaped the direction of her education and current research focus.

“When I arrived in Canada, I had nothing more than two suitcases and $USD20”. In a new country, a world away from what you know, without family or friends, you quickly realise your vulnerability.

“That separation, and the vulnerability it creates, sadly makes people – especially women – a target for emotional, physical and sexual abuse.”

Veronica said she hoped the research being done in her PhD, which explored gender violence in Indigenous communities in Australia and post-war Liberia, would not only increase the understanding about the impact of violence against Indigenous women, but help prevent it by increasing knowledge of law and empowering women themselves.

And while Indigenous women were disproportionally impacted by violence, Veronica told participants the issue was borderless, with violence against women clad in myriad shapes, forms, structures and categories, and crossing cultures, societies and states.

“Researchers, scientists, prime ministers – all women are vulnerable until the issue is addressed.”

You can participate in Veronica’s research by completing her online survey on Gender Violence and the Rule of Law in Aboriginal Australia.