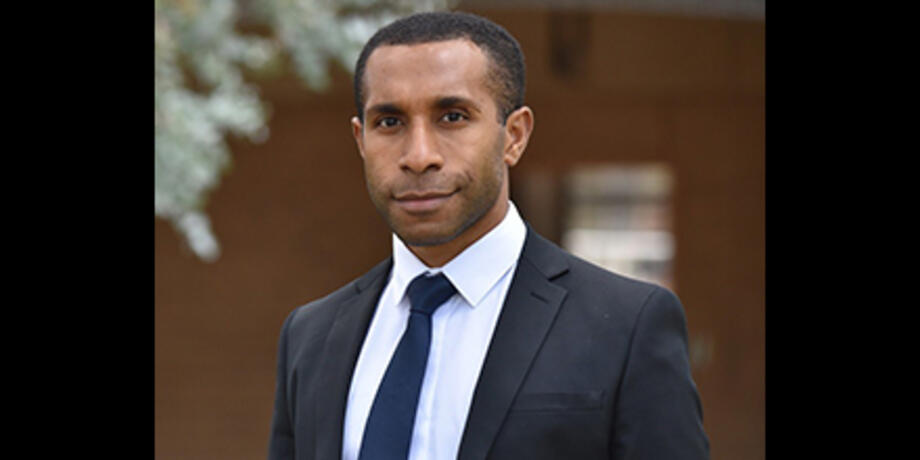 Life as a village kid was filled with adventure, but also limited in opportunities. Despite being subsistence villagers, my parents encouraged my siblings and I to pursue further education.

Congratulations to Dr Bal Kama, who has been named the 2020 winner of the Hank Nelson Memorial Award by The Australian National University (ANU) College of Asia and the Pacific. Dr Kama received the award in recognition of his commitment to Papua New Guinea (PNG), and for submitting the best PhD thesis internationally on PNG.

An expert in public and constitutional law and governance in the Pacific, Dr Kama was awarded his Doctor of Philosophy by the ANU College of Law in March for his thesis titled ‘Reconceptualising the Role of the Judiciary in Papua New Guinea’s “Home Grown” Constitution’.

However, his remarkable academic journey began from humble origins more than 3,200 kilometres from Canberra. Dr Kama is originally from a village in the highlands of PNG, in Gumine District of Simbu Province.

“Life as a village kid was filled with adventure, but also limited in opportunities. Despite being subsistence villagers, my parents encouraged my siblings and I to pursue further education,” he recalls.

“One of my elder brothers, John, brought me to Australia for senior high school when he got a job here. I am grateful to him for his sacrifices. I went on to study a double degree in Bachelor of Laws (Hons)/Arts (Politics/International Relations) at the University of Canberra (UC).”

“But university was difficult financially. I worked two, sometimes three casual jobs whilst studying to pay for my university fees and expenses. I was blessed to receive some financial assistance from some very kind individuals who heard about my challenges and a scholarship from the UC Law School at crucial times where I was about to give up on studies," he says. 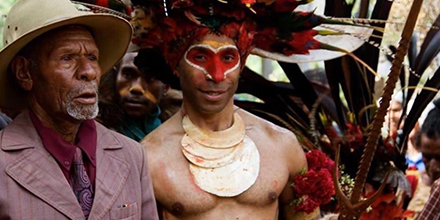 And if overcoming these challenges were not enough, Dr Kama further proved his resilience when he survived a plane crash in Sydney during his PhD studies.

“In 2016, three friends and I were on a light aircraft sightseeing along the Sydney coastline. On our way back to the airport, one engine cut out and we had to crash-land in a paddock. While none of us were injured, the traumatic experience always reminds me of how fragile life is,” he says.

Given the early title ‘Dr’ at a traditional ceremony a few years ago, he says he is now glad to finally honour it.

In addition to acknowledging the support of his “wonderful team of supervisors” comprising Professor James Stellios FAAL and Drs Anthony Regan, Susan Priest and Ronald May and the Australian Government’s Research Training Program scholarship that supported his PhD studies, Dr Kama also paid tribute to the professionals in his home country whose perspectives helped shape his award-winning thesis.

“I am very grateful to those who contributed to the quality of my law thesis, including PNG public servants, politicians, judges, academics and lawyers. They gave their time generously to be interviewed for their insights on the various dimensions of the thesis,” he added.

Dr Kama also acknowledges his wife Sonja for editing the award-winning thesis. “She did all the editing for the thesis. It was quite a painstaking task so I am very thankful for that and for all her support,” he says.

The Hank Nelson Memorial Award honours the memory of Professor Hank Nelson OAM, FASSA (1937-2012), an ANU historian and eminent scholar on PNG and the Pacific.