Home » In the counterterrorism numbers game, Britain is far behind Australia

In the counterterrorism numbers game, Britain is far behind Australia 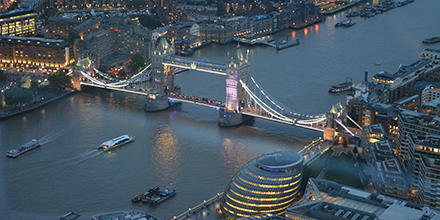 MI5 covert surveillance of a person on the move in a city can require up to 10 operatives.

Islamic State has urged its supporters, in a message titled "Where are the lions of war?" posted on YouTube, to conduct an all-out war against infidels in the West during Ramadan, which runs from May 26 to June 24 this year. It encourages those who can't reach the caliphate to "attack them in their homes, their markets, their roads and their forums".

The latest call may account for the attack in Britain that killed two young Australians. Deaths from the June 3 van and knife attack in London stand at 10, including the three attackers: a Pakistani and two Moroccans. Before that, there were two other deadly terrorist attacks in Britain in 2017. The van and knife attack on March 22 at Westminster by British Muslim convert Khalid Masood led to six deaths, including his own. It was followed by the May 22 Manchester Arena bombing causing 23 deaths, including the ethnic Libyan suicide bomber.

The scale of Britain's problem is immense compared with Australia's.

We know that only a very small percentage of Muslims in the West support Islamic States, al-Qaeda or other Islamist extremist groups, but it takes only a few disaffected Muslims to create communal disharmony and the risk of a violent right-wing backlash.

The British Muslim population in 2011 was 2,786,635, according to the census – 4.4 per cent of the total population. In 2014, it was estimated to have increased to more than 3,115,000, of whom about 1,554,000 were born overseas. The Muslim population is increasing almost 10 times faster than the non-Muslim population. Muslims in Britain are mostly from Pakistan and Bangladesh. Other significant Muslim groups are Arabs, Gujaratis, Nigerians, Somalis, and Turks.

A security-classified 2008 British Security Service (MI5) analysis of "several hundred individuals known to be involved in, or closely associated with, violent extremist activity" concluded that British Islamist terrorists "are a diverse collection of individuals, fitting no single demographic profile, nor do they all follow a typical pathway to violent extremism".

British authorities say about 850 Muslims from Britain have travelled to fight for jihadist organisations in Syria and Iraq. The European Union's security commissioner, Julian King, said in March that about a quarter of these 850 remained "in theatre", adding "some will return with the intention of planning and executing future attacks". Many have already returned but evidence to prosecute them is usually elusive.

By comparison, Australia's Muslim population in 2011 was much smaller, with different ethnic mixes. There were 476,291 Muslims comprising 2.2 per cent of the total Australian population. Half live in NSW and a third in Victoria. In 2006, 48 per cent of Australian-born Muslims claimed Lebanese or Turkish ancestry. Lebanese Muslims dominate the Sydney Muslim population, while Melbourne's population is predominantly Bosnian and Turkish. Other source countries include Afghanistan, Bangladesh, Egypt, Fiji, Indonesia, Iran, Iraq, Pakistan, and Somalia.

A leaked federal cabinet document in 2016 said Australia's Lebanese community was the "most prominent ethnic group amongst Australian Sunni extremists" – which is borne out by terrorism-related convictions over the past 10 years.

In Britain, MI5 has 500 active investigations under way of 3000 persons of interest; another 20,000 persons were investigated and deemed a lesser priority.

MI5 covert surveillance of a person on the move in a city can require up to 10 operatives. It's reported that only 60 people can be watched full-time. Surveillance can of course be supplemented by monitoring devices installed covertly in homes and vehicles – as well as CCTV, phone and e-monitoring – but it is resource-intensive.

Until Brexit happens, Britain is constrained by EU human rights and civil liberties restrictions in how it acts against and deports would-be terrorists.

At the same time, British police have found it hard to retain sworn officers – with a decline to 122,589 last year – of whom 5639 were armed-response officers. However, all of Britain's counter-terrorism-related intelligence agencies are attracting record numbers of applicants. MI5 has 4000 staff, MI6 2500 and GCHQ 6000. They are recruiting another 1900 staff between them, with MI6 due to reach 3500 staff by 2020 – with more emphasis on employing ethnic minorities.

ASIO had 1880 staff in 2016 to deal with Australia's challenging domestic security environment. ASIO director-general Duncan Lewis recently said ASIO had 400 investigations under way and had thwarted 12 terrorist attacks since September 2014. He intimated that 11 of the thwarted attacks were planned by young men radicalised by Islamic States propaganda, while one was a right-wing extremist who had nothing to do with Islam. Six terror attacks were "successfully" carried out (including Home Hill and Brighton) during that time.

Meanwhile, Australian police are reportedly investigating 200 people with links to 100 Australians fighting for terrorist groups in Syria and Iraq. Since 2012, 195 Australian passports were cancelled and another 36 suspended to prevent people from travelling to Syria. Forty Australian foreign fighters have returned from the Middle East, but most were there before Islamic State's rose and some fought for the Kurds. They are not considered a significant threat.

Using a rough comparison, MI5 has twice as many staff as ASIO to deal with a domestic security problem that is 10 times larger than ours. It's little wonder that British authorities are struggling to stay on top of the situation.