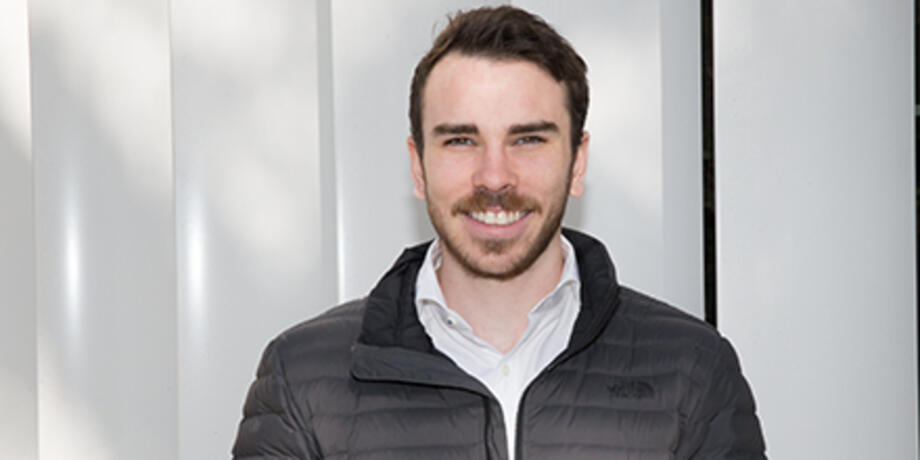 Sonny Scott completed a four-month clinical program at Canberra Community Law, an experience in which he saw the legal toll of overcrowded housing. Photo: Tom Fearon/ANU

It’s frustrating that there isn’t more awareness. If my article can take that first step toward starting the conversation, then that’s a great outcome.

For law students at The Australian National University (ANU), clinical programs and internships present an opportunity to experience the intersection of law with society and culture. It can be rewarding. It can be challenging. And it is always eye-opening.

Working in the Dhurrawang Aboriginal Human Rights Program, Sonny assisted his supervisor-solicitor on cases involving Indigenous clients. Although their legal issues were varied, the fourth-year ANU student discovered a common thread in many cases: overcrowded housing.

“We realised many clients were living in homes that, for example, might have three bedrooms with six or seven people,” said Sonny.

Many households in Aboriginal and Torres Strait Islander communities are deemed overcrowded, a situation that can lead to health and legal problems in addition to homelessness. According to the 2016 Census, Indigenous Australians were 16 times more likely than non-Indigenous Australians to live in severely crowded dwellings.

Seeing the effects of a systemic issue affecting the Indigenous community inspired Sonny to propose solutions in an article. Titled “An Argument for the Establishment of an Overcrowding Policy for Indigenous and Torres Strait Islander Peoples in ACT Public Housing”, his article appears in the current issue of Parity, a magazine published by the Council to Homeless Persons. 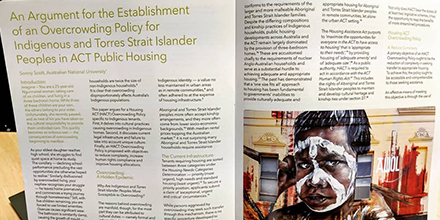 Sonny’s article, adapted from his research paper, appears in the July 2019 edition of Parity. Photo: Courtesy of Canberra Community Law

“It’s frustrating that there isn’t more awareness. If my article can take that first step toward starting the conversation, then that’s a great outcome.”

In addition to proposing steps to prevent overcrowding, Sonny also sought to raise awareness about cultural customs that contribute to Indigenous Australians being disproportionately affected.

“If an Anglo family has a three-bedroom home and cannot adequately accommodate a niece or a nephew, there is more flexibility to push back and say, ‘Sorry, we can’t help.’ By contrast, there is a much greater tendency in Indigenous culture to take any relative in regardless of the housing situation,” he explained.

“These kinship arrangements are often informal and, anecdotally, I learnt there are barriers in the ACT to demonstrate these arrangements, either due to short notice or lack of documentation. It’s tricky.”

Although leaning toward the commercial path in law, Sonny credited his clinical program at Canberra Community Law for developing his practical legal skills and recognising the need for reform in critical areas.

“I decided to research and write about it (overcrowding) because I just thought it was a really interesting, under-explored issue. As a law and commerce student, culture doesn’t fit much into my degree, so it was really good to take a broader look at a systemic issue,” he said.