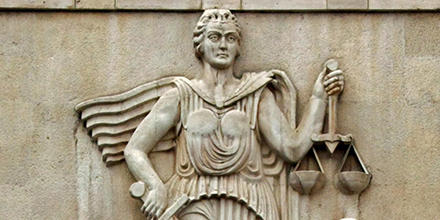 The Australian National University’s Centre for International and Public Law (CIPL) held its annual flagship public law event, the Public Law Weekend, on 28 October. Professor James Stellios, Centre Director, said that the Public Law Weekend enables CIPL to bring together a broad cross-section of the public law community including the judiciary, government, academia and the profession. The weekend provides an opportunity for practitioners, lawmakers and scholars to connect, engage and collaborate.

The keynote address, considering recent developments in administrative law, was delivered by the Hon Justice John Griffiths, Federal Court Justice and proud graduate of ANU Law. Other topics explored at this year’s conference included: executive power in the 21st century; current issues in judicial review; and legal implications of big data. The stellar lineup of speakers included the Hon Justice Chris Maxwell AC, President of the Victorian Court of Appeal, discussing reasonableness as a ground of review, and Daniel Stewart from the ANU College of Law on big data.

During the conference, the inaugural Saunders prize for excellence in constitutional law scholarship was awarded jointly to Dr Brendan Lim, and former ANU student, Ms Selena Bateman, for research completed during her honours program at the ANU College of Law. The conference also hosted the launch, by journalist and editor Jack Waterford, of Party Rules? Dilemmas of Party Regulation in Australia, published by ANU Press and edited by Associate Professor Anika Gauja and  Professor Marian Sawer from ANU.

The conference attracted over 120 participants. Professor Stellios said that the conference papers and presentations were of exceptional quality and that he has received an overwhelmingly positive response to the event.