Home » The changing face of counterterrorism in Britain and France

The changing face of counterterrorism in Britain and France 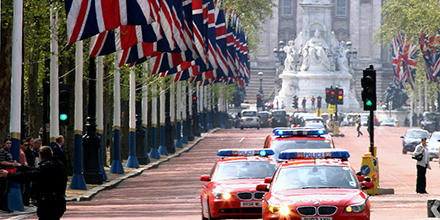 The French security measures are only wallpapering over the large cracks in French society where Muslims are discriminated against and treated as second-class citizens.

In the wake of terrorist attacks in France and England, both France and Britain are expected to toughen counterterrorism measures to try to contain the threat. France has lost 250 people to terrorist attacks since 2012, while Britain has suffered 35 victim deaths this year.

In France, President Emmanual Macron and his security council approved a draft bill to put to cabinet on June 21 that will make existing emergency powers permanent and enable the Interior Ministry – which runs the police and security service – to order house arrests and electronic bracelets for anyone regarded as a security threat. House arrest will be renewable every three months. (At the moment, under emergency powers, about 1000 people of interest are under house arrest.)

The draft bill also gives the police permanent powers to search property without judicial oversight and to close places of worship. Public gatherings can be banned and security zones imposed if police fear a threat to security or public order. Police will also have the power to require people persons to provide their social media passwords.

Human rights activists and the Le Monde newspaper condemned the draft bill, but the French public strongly favours keeping the emergency powers and is expected to support Macron's bill. For what it is worth – given the inaccuracy of political polls in recent years – Opinionway has Macron's party on course to win 370 to 400 seats in the 577-member parliament.

In Britain, after concerns about Brexit, voters' main concerns are security and the National Health Service, with expectations that the new government would take a much tougher line on the detention and surveillance of extremists, both Islamist and far right wing.

Under current arrangements in Britain, terrorism prevention and investigation measures can be used to place suspects under house arrest but they require a number of statutory boxes to be ticked – from a security agency perspective, they're more trouble than they're worth. A suspect must live at home and stay there overnight – possibly for up to 10 hours. However, they can apply to the courts to stay elsewhere and a suspect may use a mobile phone and the internet to work and study. At the moment, house arrest is reportedly only being applied to one person.

The home secretary can apply these measure when, for various reasons, a person of interest cannot be charged or deported. Given that Britain has 3000 people of security interest and 20,000 that were of security interest and could become so again, there needs to be a better system for containing problem individuals when then is no hope of a court conviction or their activities are of ongoing security concern.

However, the French security measures are only wallpapering over the large cracks in French society where Muslims are discriminated against and treated as second-class citizens. I recently took a cab in Toulouse from the airport and was deliberately taken to the wrong address by an ethnic French cab driver so he could get back to the airport quickly for another fare. He complained about Muslims in general and how they should be sent "home". I then needed to get another cab to take me to the right address. This time, the driver was a young ethnic Algerian man born in France. I found him far more congenial. He told me that, because he was of Algerian origin, he was regarded by French people as an Algerian and it was hard for young Muslims like him to get honest employment. He had only been to Algeria once and regarded himself as French; he was also regarded by Algerians as French. It is little wonder that, while it does not justify terrorism, young Muslims living in France become disenchanted by the society they live in.

Many young Muslim men in Britain are disenchanted too, but as far as I have experienced they are not discriminated against and can be voted to high office – like Sadiq Khan, the popular Mayor of London. Khan comes from a working-class British Pakistani family. In Britain, it is more a matter of young people being motivated and creating opportunities for a better life. Those who become radicalised generally lack purpose and are vulnerable to extremist ideology that persuades them they need to become terrorists to fulfil their destiny.

Australia seems to have a better balance of counterterrorism measures; perhaps we just need to improve around the margins. One way to reduce the scale of the problem is to ensure we do not have pockets of disenchanted young Muslims who do not mix with the rest of the population in their age group.

Other measures could include no parole for those convicted of terrorism-related offences, probationary residency and citizenship for those not born in Australia, no right of return to Australia for those who travel to join or support terrorist groups overseas – including family members, deportation wherever possible for those convicted of terrorism offences, and indefinite detention for jailed terrorists where they cannot be deported and there is no recanting of extremist ideology.

This article was first published in Fairfax Media on Wednesday 14 July, 2017.