Home » Brandis receives long list of rights-limiting laws – now can he justify them?

Brandis receives long list of rights-limiting laws – now can he justify them? 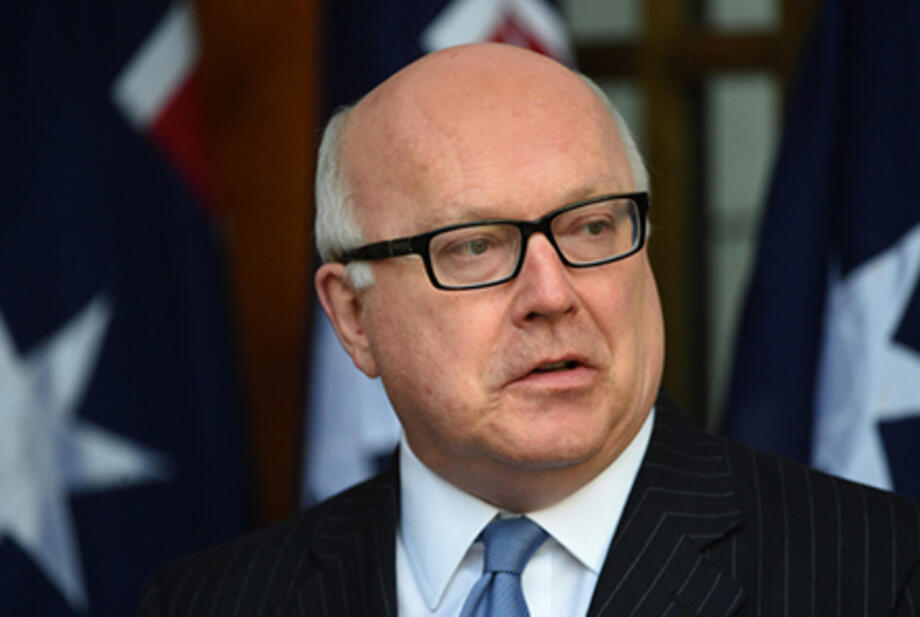 The Law Reform Commission has likely given George Brandis much more than he was expecting in the review of rights-limiting laws that he asked for. AAP/Mick Tsikas

In its interim report on what Attorney-General George Brandis calls “traditional rights, freedoms and privileges” (common law rights), the Australian Law Reform Commission (ALRC) has given Brandis – and the government – cause to reflect on the adage “be careful what you wish for”.

What, one wonders, did Brandis expect when he asked the ALRC to review the ways in which federal laws limit common law rights, other than a thorough and thoughtful account of just how far the laws go in limiting people’s rights?

What the ALRC has done is say, effectively:

Here is a (long) list of laws that limit rights; please tell us if those limits require justification. Oh, and by the way, tell us about any rights-limiting laws we’ve overlooked.

The government has to be on the back foot. It has been the champion of many of the rights-limiting laws that the ALRC identifies.

There has been no shortage of people and organisations lining up to make submissions on ways in which federal laws limit rights. The ALRC has marshalled those submissions and its own extensive research and consultations to raise extensive and serious questions about the rights-compatibility of Australian laws.

Why did Brandis ask for the review?

Brandis’ terms of reference set a very uncertain scope for the ALRC’s review. His list of traditional rights, freedoms and privileges (inexplicably omitting a right to liberty) is similar to but not the same as others’, such as James Spigelman’s. This is unsurprising.

For all their history, common law rights are a loose and undefined collection of statements by judges, in different terms in different places at different times, that have never been treated as a coherent body of law.

As a result, the ALRC has had to make sense of the idea of “traditional rights, freedoms and privileges” as a point of reference for assessing laws. As the ALRC says itself, its first task was to ask:

What are traditional rights, freedoms and privileges? What is their source and where are they to be found?.

In making sense of common law rights as an agreed and stable set of standards by which to evaluate laws, the ALRC has turned to international human rights – the very place that Brandis and the government are trying to avoid. The ALRC has invoked in particular the scrutiny of legislation, against international human rights standards, conducted by the Parliamentary Joint Committee on Human Rights (PJCHR).

Brandis’ referral to the ALRC may well have been an attempt to establish a bright dividing line that would keep international human rights at bay. As he said in November 2010 in the committee process that led to the PJCHR’s creation, he is:

… very sceptical of the wholesale invocation of the international jurisprudence that comes with human rights.

Brandis has a stated preference for:

… the accumulation of rights through both the common law and statutory protection, going back literally centuries.

What did it find?

Awkwardly, however, the ALRC’s researched and considered view is that it is not an either/or proposition:

Disconcertingly for the government, this, says the ALRC, gives an important role to the Australian Human Rights Commission in working:

… for the progressive implementation of designated international conventions and declarations.

The suggestion of international influence on Australia is as unpalatable to this government as it was to the last conservative government. But the clear implication of the ALRC’s report is that there is little future in Brandis’ vision that we:

… define human rights in relation to existing Australian domestic law and have the international instruments, if at all, as a subsidiary source of human rights.

Rights can be in competition. A law might limit free movement and association, for example, to preserve public safety. The common law has no clearly established and accepted way of resolving the competition. So, the ALRC had to ask:

How might this be done – by applying what standard and following what type of process?

Again, the ALRC turns to international human rights law for guidance, noting its clearly articulated and widely practised approach of assessing the proportionality of limits on rights.

This only compounds the relevance of international law to rights in Australia, unwelcome not only to Brandis and Prime Minister Tony Abbott, but perhaps also to PJCHR chair Philip Ruddock, who told the Parliamentary Joint Committee on Intelligence and Security that he has:

… always had some difficulty in understanding what “proportionate” means.

Having made some sense of how to work with common law rights, the ALRC – in 16 chapters and more than 400 pages – sets out the many laws that put these rights at risk. To take an example, laws that “may be seen as interfering with freedom of speech and expression” include: criminal laws, secrecy laws, contempt laws, anti-discrimination laws, media broadcasting and communication laws, information laws and intellectual property laws.

In the criminal law, for example, concerns are raised about:

And so the report continues, setting out the many laws “that have been criticised for unjustifiably limiting common law rights or principles”. It records rights or principles that are at risk as including freedoms of speech, religion, association and movement; property rights; non-retrospectivity of laws; fair trial and procedural fairness; burden of proof; right to silence; privilege of legal communications; and the right to judicial review.

Brandis has been given all that he asked for and, I suspect, much more than he was expecting. He must now answer the implicit question in the ALRC’s detailed account of rights-limiting laws: how can the limits be justified?