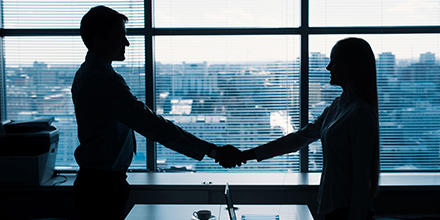 It is almost like these two frameworks were developed in isolation of each other.

Inadequate whistleblower laws have come under scrutiny in a new book which urges sweeping law reform for Australia in a wide range of areas.

“As a recent parliamentary inquiry found, Australia has some of the worst private sector whistleblowing laws in the world,” Associate Professor Hall said.

“We need to establish better ways for people to report wrongdoing, and better protections to those who do come forward.”

The book comes in the wake of the Joint Parliamentary Committee Report into whistleblowing laws released in September, and a draft law issued for discussion yesterday designed to overhaul the provisions in the Corporations Act dealing with whistleblowing.

The pressure for these reforms follow the many scandals in corporate Australia where whistleblowers have been sacked, demoted or persecuted by employers.

Associate Professor Hall said that, whilst both the report and the proposed law contain significant improvements on the current position, neither go far enough.

“A key focus of the Parliamentary Joint Inquiry was on the reporting of wrong doing – not only in corporates and the public sector – but also in not for profits. These organisations are not covered at all in the proposed law.”

“Similarly, the new law proposes strict obligations on corporations to have policies to support whistleblowers, and yet this issue was not even raised in the parliamentary report. It is almost like these two frameworks were developed in isolation of each other.”

One of the publication’s editors Dr Ron Levy of the ANU College of Law said he hoped the book would help drive law reforms that take a proactive approach to social change.

“Law should be ahead of the game instead of trying to keep up” he said.

The book, New Directions for Law in Australia, also includes chapters on the way Australia amends its constitution and the way juries are influenced by evidence.

Published by ANU Press and written by legal experts from around Australia, with an introduction from former High Court Justice Michael Kirby, the book sets out a program of needed changes to Australia’s laws.

The book is now available for free download here: http://press.anu.edu.au/node/2641/download