Home » The Australian budget and counterterrorism

The Australian budget and counterterrorism 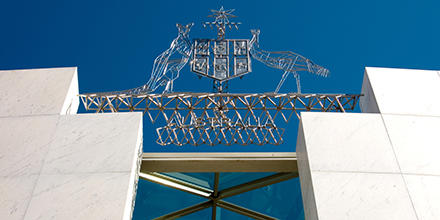 ASIO, ASIS and the AFP are all expected to receive substantial funding boosts in the federal budget to be handed down tonight.

The additional funding for intelligence agencies - some of which will reportedly come from the foreign aid budget -  is apparently intended to facilitate 'frontline' activities. It appears the efficiency dividends imposed by Labor on federal government organisations to force administrative savings will stay in place.

Yet Australian departments and agencies were already very well-funded by Western standards, taking into account the level of terrorism threat, and there must be some doubt that all the additional funding put towards counterterrorism (CT) since 9/11 has been well utilised.

One of the significant growth areas in the Commonwealth sector over the years since 9/11 has been the disproportionate increase in the number of highly-paid senior managers. There is an optimum number of senior managers and when you get too many - as is currently the case - they tend to get in the way of operational efficiency. The US military has a ruthless system to cull managers when it has to conduct what is known as  reduction in force, or RIF. One such exercise is underway at the US Army, which has to reduce its numbers by 40,000 by the end of US fiscal year 2018: it will shed personnel at all levels in a set ratio. However, when we in Australia downsize or restructure, we usually shed lower ranking staff and middle managers, and keep the senior managers.

And, despite CT funding increases since 2014, we have somewhat surprisingly cut out some of the more useful activities.

In 2015, the Australian Bomb Data Centre (ABDC) was effectively closed down and absorbed into the Forensics area of the AFP. The ABDC played a valuable national and regional role and its annual international conference was well-respected in the 'bomb community'. We should not forget that since the year 2000, 131 Australian civilians have been killed in terrorist incidents overseas – 95 of them in Indonesia - while only nine people have been killed in terrorist incidents in Australia (including the Home Hill stabbings).

Another CT-related activity that got the chop in 2015 was the annual 'Security in Government' conference run by Attorney General’s Department. Government outsiders viewed this event as a valuable opportunity to keep up to date with national security developments and requirements and it also gave vendors the opportunity to exhibit the latest CT technologies.

While the Turnbull government insists that we need to do more because of the growing threat from Islamic State (IS), its funding increases have been ad-hoc and seemingly often in response to complaints by agencies that they were being underfunded because of routine tasks they were being burdened with, such as vetting of would-be migrants.

The reality is that IS is far less dangerous than al-Qaeda was (and potentially still is, with its focus on mass-casualty bombings); it is just a lot harder for agencies to monitor low-profile, self-radicalised individuals carrying out IS-encouraged random attacks with low-tech weapons, like knives and vehicles. This in turn makes the public feel unsafe and puts pressure on politicians to boost funding.

Ironically, IS is encouraging attacks in Australia and on Australians overseas because we have committed to be part of the US-led coalition attacking IS in Iraq and Syria. The government tends to put it the other way around – that we are attacking IS because they are attacking us. That does not seem to be the case based on IS’s announcements and targeting policy.

I am not saying that we should not be involved against the monsters of IS but when Mosul falls we will have an opportunity to re-visit our CT involvement in the Middle East. At that point we could draw down our infantry training of the Iraqi Security Forces - which has not achieved much since we started it in 2004. We should rather concentrate on supporting the Iraqi Counter Terrorism Service and provide combat engineers to help restore some of the damaged infrastructure in Mosul and elsewhere to make it more difficult for the IS central command structure to regenerate.

I am currently working in the UK where reviews are being conducted after the 22 March Westminster terrorist attack to determine whether current counterterrorism and countering violent extremism (CVE) strategies, that were introduced well before the rise of Islamic State, need to be updated. It is too early to say what the fiscal implications of the reviews might be.

What Australia requires at this point is a thorough review of our CT efforts by someone from outside the system that would focus on desired outcomes and better-structured resourcing.

This article originally appeared in The Interpreter (The Lowy Institute)