Home » Australia doesn't need a department of homeland security, but it might help the Coalition

Australia doesn't need a department of homeland security, but it might help the Coalition 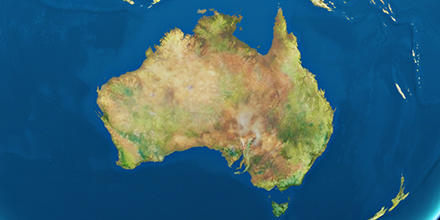 While the US model has been cited as the one to emulate, it is important to remember that the department is not as all-encompassing as has been inferred.

Fairfax Media reports that Prime Minister Malcolm Turnbull is considering a proposal for major restructuring of the federal bureaucracy to create "a US-style department of homeland security" built on the existing Department of Immigration and Border Protection.

Immigration Minister Peter Dutton is said to be strongly in favour of such a reorganisation. An Australian department would include the Australian Federal Police and ASIO, both currently part of Attorney-General George Brandis' portfolio.

The "proposal" to some extent reflects the standing of Dutton, the most senior conservative in Turnbull's cabinet, and the relative weakness of the gaffe-prone and unpopular Brandis.

But does such a reorganisation make sense bureaucratically?

One exercise I give to masters students studying national security is, first, to prioritise threats to Australia based on proximity (in geography and time) and the potential scale of consequences. Second, to allocate resources based on the assessed threat. Resource allocations when using a threat-based model are very different from our actual allocation of resources. For example, Defence now gets more than 60 per cent of national security resources but, using a threat-based model, seldom gets more than 40 per cent.

Australia spent more than $35 billion in 2015-16 on defence, national security and law enforcement, and an extra $1.5 billion has been allocated to counterterrorism and protective security since September 2014. Even so, the very influential and well-attended annual Security in Government conference (run by the Attorney-General's Department) was discontinued from 2015, as was the annual international conference run by the Australian Bomb Data Centre. Meanwhile, the data centre itself, which was established in 1978 by an act of Parliament after the Hilton bombing and had a worldwide reputation for excellence, was quietly absorbed into the federal police's forensics area in 2015 .

As far as I can ascertain, the main beneficiary of the extra funding has been ASIO and cybersecurity areas.

What we seriously need, therefore, is a review of who gets what of our national security funding based on threats and desired outcomes.

In a reorganisation that brings disparate bureaucratic elements together, the question is what to bring into an Australian department of homeland security, and what responsibilities to leave with departments. It would probably be a long and bloody process as organisations fight to retain capabilities.

The United States' Department of Homeland Security was born out of the horror of the September 11 attacks. There is nothing happening here (or likely to happen) to galvanise that kind of reaction. Terrorism is regularly trotted out as the major threat to our internal security but, to be realistic, the terrorism threat is containable and manageable. Australians are at much greater risk from terrorism when they travel overseas – and we have little control over that.

While the US model has been cited as the one to emulate, it is important to remember that the department is not as all-encompassing as has been inferred.

The American department is responsible for public security, anti-terrorism (defensive measures against terrorism), border security, immigration, customs, cybersecurity, disaster management and the Secret Service. The department does not include the FBI (effectively ASIO and the federal police in one agency), the Drug Enforcement Agency or the Bureau of Alcohol, Tobacco, Firearms and Explosives – all of which come under the US Justice Department – the American equivalent of our Attorney-General's Department.

The model suggested for Australia is in fact more like Britain's Home Office, which is responsible for immigration, security (including the Security Service or MI5), law and order, drugs and counterterrorism. In Britain, one of the Justice Ministry's main responsibilities is prisons and legal issues. In Australia, of course, there are no federal prisons.

Probably the most attractive argument for limited change is that the head of a new super department is going to want to bring all the disparate national security elements together in one new mega-complex at enormous taxpayer expense – possibly to be relocated to Dutton's electorate of Dickson in Queensland.

This article was first published in The Sydney Morning Herald on Tuesday, 7 March 2017.