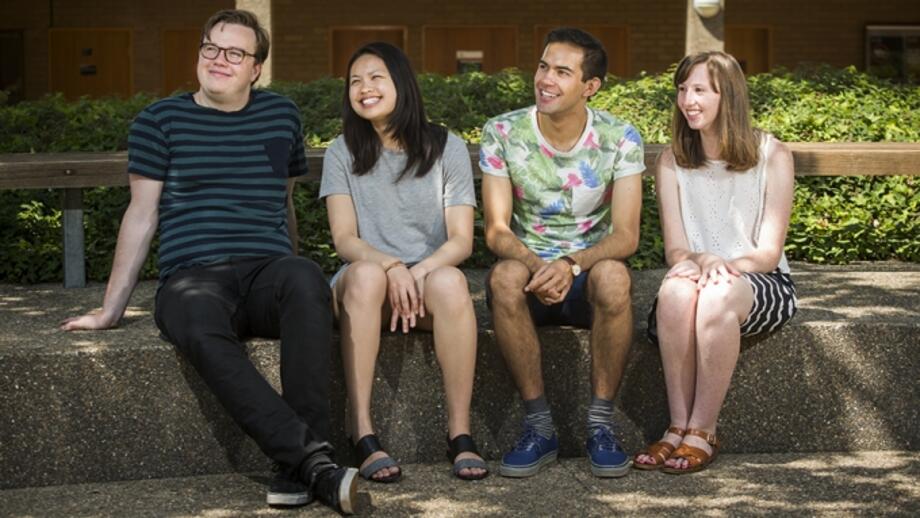 A team of students from the Australian National University (ANU) College of Law will travel to Washington, DC in March to represent Australia after winning this year’s national round of the prestigious Philip C Jessup International Law Moot Court Competition.

Team member Dan Trevenion said the success followed three months of extensive preparation, with training commencing the day after exams finished, and pausing only for Christmas.

“Our training began the very day after exams finished, and often saw us working late into the night, and through the entire summer holidays, with the exception of Christmas Day,” Mr Trevanion said.

“It’s an exciting prospect to be heading to Washington to represent Australia, but we have a strong team and terrific coaches, so we’ll be looking to do the absolute best we can, and bring the Jessup Cup home.”

Coached by ANU Law staff, Ms Kate Ogg and Dr Imogen Saunders, the team is the first from ANU to win the Australian round of the Jessup Moot in 35 years.

Dean of the ANU College of Law, Professor Stephen Bottomley, said competition during the preliminary rounds of the Jessup Moot was always intense, and that the team’s success reflected an extraordinary level of preparation and commitment.

“The Jessup Moot is the world’s largest and oldest moot competition dedicated to international law, and attracts the best and brightest law students from across Australia and around the world,” Professor Bottomley said.

“For students and institutions alike, the Jessup Moot is long recognised as an opportunity to demonstrate skills and knowledge on an international level.

“The success of ANU reflects the knowledge and focus of our students, and I am delighted to see them progress to the international rounds,” said Professor Bottomley.

Through the competition, teams of law students compete against one another in simulated proceedings heard by the International Court of Justice. Teams prepare oral and written pleadings – arguing both the case of the applicant and defendant countries – and appear before a bench of volunteer judges, many of who hold senior positions in law and legal practice.

The final round was held before a bench presided over by Her Honour Justice Michelle Gordon of the High Court of Australia.