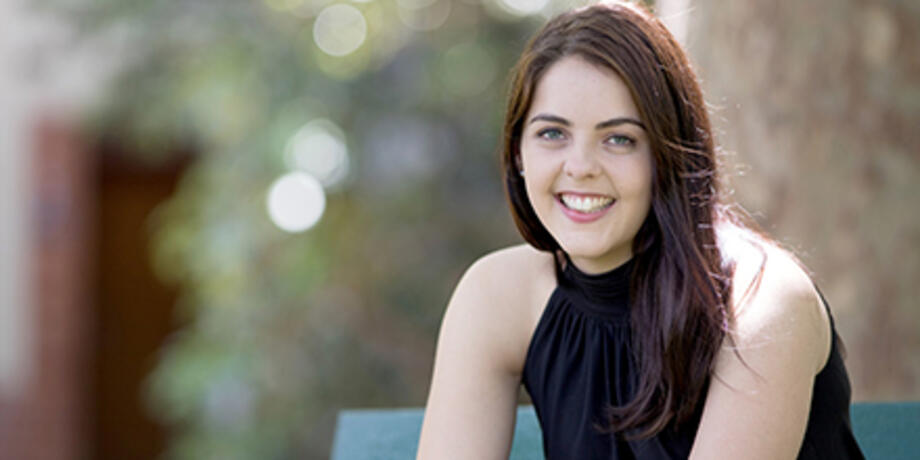 We’ll be living together, learning together, making sense of China and the world together, all from unique perspectives and starting points.

ANU Honours student Alice Dawkins has been selected from over 4,000 applicants worldwide as a Schwarzman Scholar for 2018/2019.

Ms Dawkins holds a Bachelor of Asian Studies (Hons) from the ANU and is due to complete her Bachelor of Laws (Hons) in the summer session.

Ms Dawkins is one of 142 Schwarzman Scholars for 2019. The cohort is made up of students from 39 different countries and 97 universities. Within the group, 41 per cent of students come from the United States, 20 per cent from China, and 39% from the rest of the world.

Jo Ford, Associate Dean at ANU College of Law, said Ms Dawkins was a deserving recipient of the scholarship.

“This prestigious, competitive program aims to be the Rhodes Scholarship of the 21st Century – the so-called ‘Asian century’. It seeks to identify, nurture and connect a cohort of future leaders from various countries. Alice is in many respects a model Schwarzman nominee, and indeed a model ANU Law ambassador: academically accomplished, outward-looking, humble but dynamic; she has a demonstrated interest in modern China’s role in the world as well as a clear interest in law and society in the contemporary Asia-Pacific,” said Associate Professor Ford.

The scholarship, funded by American billionaire Stephen Schwarzman, was founded in 2016 to prepare the next generation of global leaders by focusing on understanding China’s emerging role on the global landscape. Scholarship recipients will undertake a one year Master program in Global Affairs at Tsinghua University in Beijing, concentrating on either Public Policy, Economics and Business, or International Studies.

Being named a Schwarzman Scholar is just the latest in a long list of Ms Dawkins’ achievements. She’s recently completed a year at the University of Yangon, Myanmar, as the first New Colombo Plan Fellow to that host country. She used the scholarship to pursue research for her Law honours thesis, on the new generation of political lawyers in Myanmar. The research took her from land rights lawyers’ chambers in Pyay, to legal aid centres in Myitkyina, where lawyers defend the rights of ethnic minorities in places of active conflict.

She hopes the opportunity to study as a Schwarzman Scholar at Tsinghua University will allow her to continue her interests in the Sino-Burmese borderlands, laid down in her Asian Studies degree.

“My work - which hopefully will crystallise into a PhD down the line - looks to the Republic of China and what they were doing in the Burmese borderlands from the Second World War and into the 1950s. It’s partially a study of when we think eras start and end, and I’m trying to realign orthodox views,” she says. “When, for instance, did the Republic of China really cease its influence in those hills?”

“In this spirit, I’ll be looking to take courses in Chinese history and politics at Schwarzman College, and use the language training to engage with more Chinese secondary sources.”

Ms Dawkins is eager to explore the many opportunities that will be open to her once she begins her studies as a Schwarzman Scholar. In addition to the strong academic focus, the program offers the chance to gain practical experience in a diverse range of workplaces.

But most of all, Ms Dawkins says she’s excited to get to know the other students.

“The program achieves something unique, by bringing together a cohort of American and Chinese students, then with us from the rest of the world brought into the mix,” she says. “We’ll be living together, learning together, making sense of China and the world together, all from unique perspectives and starting points. It can be tough to mediate the worlds of the foreigner and the local in cities like Beijing. Schwarzman College creates a space where those boundary crossings are set up for you already.”

Ms Dawkins says she hasn’t thought specifically about what might come next for her after she’s completed her year in Beijing. Even so, the future looks bright.

“I think the program will open many doors beyond what I recognise as options right now. I’m going in with an open mind and leaving my plans loose. I know that I’d like to start writing some history up at some point, but, there’s a neat Chinese idiom coming to mind – lairifangchang – there are many days that lie ahead.”