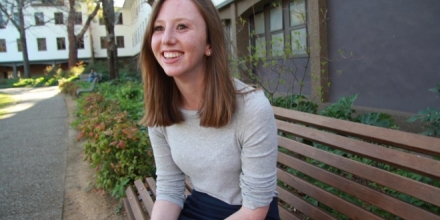 More than 5,000 students from 40 countries entered papers in the awards and in a very strong showing from ANU Law, five of the 25 students shortlisted in the law category were from the ANU College of Law.

“Five ANU Law students were shortlisted in the category – all of them women, I might add - so I knew an ANU student had a good chance of winning just because the quality of essays at the College is so high,” Matilda said.

“Looking at the list of winners, there are students from Yale and Princeton, so it’s clear ANU Law is right up there with the world class law schools.”

Matilda’s paper was titled No Peace for Women and examined transitional justice for women in post conflict-affected Timor Leste.

“After a conflict, violence against women goes through the roof. The conflict goes from a public space to a private space, which translates into violence in the domestic setting.

“The ultimate aim is to achieve peace and you cannot have peace if violence continues against women in a post-conflict environment. Recognition of what happened in the conflict is a vital precursor to actual achieving peace.”

Matilda, who hails from Sydney’s inner West, eschewed her local universities in favour of studying Arts/Law at ANU.

“I wanted to experience a residential college and ANU Law is ranked first in Australia, so it was a no-brainer really.  ANU Law is also very strong in the international subjects and there’s a much better culture at ANU compared to some of the Sydney universities,” Matilda said.

Matilda will now travel to Dublin on 10 November, all expenses paid, to accept her award alongside all the other category winners at the Undergraduate Awards Global Summit.