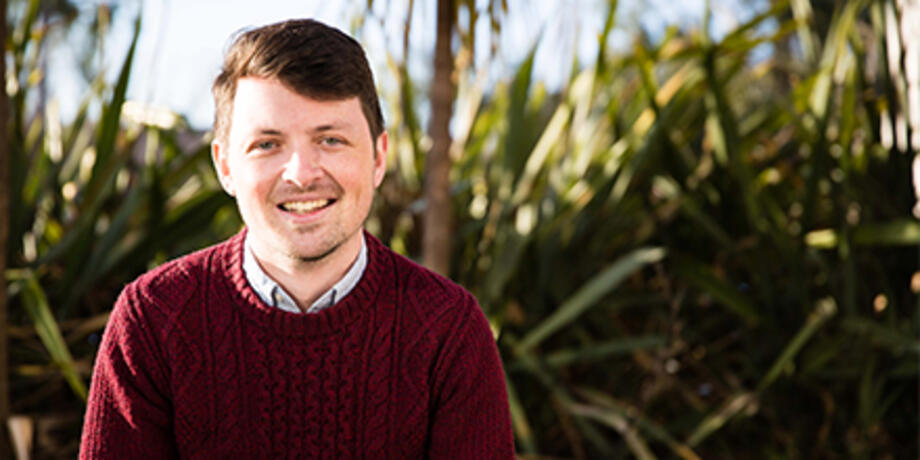 I hope that my paper can start a conversation and ultimately contribute to a more balanced position about ... mandatory trust arbitration provisions.

Final-year law student Adam Silverwood has pursued his scholarly passion for trust law on the international stage by authoring an article exploring mandatory arbitration provisions in trust deeds for a research journal.

Adam’s article, “Mandatory arbitration of internal trust disputes: a critical perspective”, was published in the June 2019 edition of Trust & Trustees, the official journal of the International Academy of Estate and Trust Law.

The article represents the culmination of a research paper the New Colombo Plan scholar wrote during his exchange semester last year at the University of Hong Kong, where he placed first in his trust law course taught by Professor Richard Nolan.

“My professor left a note saying the paper was of publishable quality if I was interested. I reached out to Richard and other leading practitioners in trust law to test my paper and gauge interest,” said Adam, a Bachelor of Laws (Hons)/Politics, Philosophy and Economics student at The Australian National University (ANU).

The paper arose from Adam's interest in the “emerging trend towards more flexible approaches to dispute resolution”, in particular arbitration and its increasing application in commercial spheres.

“Arbitration naturally fits nicely with trust law because of the desire in both commercial and personal spheres for privacy and tailored, quick resolutions to disputes; in fact, many academics have developed a strong case for increasingly allowing the use of arbitration to resolve trust disputes,” he said.

The article investigates limitations identified in reports commissioned by the jurisdictions of Jersey and the Cayman Islands of proposals to legislate in favour of giving legal force to mandatory arbitration provisions in trust deeds.

“There are very few articles out there that are critical of trust arbitration, with various jurisdictions giving legal force to mandatory arbitration provisions and legal commissions around the world advocating for change. I hope that my paper can start a conversation and ultimately contribute to a more balanced position about how favourable we should be towards giving legal force to mandatory trust arbitration provisions,” Adam explained.

Adam cited Associate Professor Kath Hall and Professor Peta Spenderas two of his most influential lecturers at ANU College of Law, where he has been a research assistant since June 2017.

A student under both in Corporations Law (LAWS2203) and Financial Markets and Takeover (LAWS4237) respectively, Adam has also gained valuable experience as a research assistant by collaborating on a project for the International Bar Association and contributing to the Federal Government’s Australia Securities and Investments Commission Review during his time undertaking Law Internship (LAWS4230) at the Commonwealth Treasury.

Having his first byline in a peer-reviewed publication affirmed that the countless hours of research and writing were worth it, said Adam.

“It’s very rewarding to have the quality of your work backed by leading academics and practitioners in the field,” he said.

From his hometown of Bega, NSW to studying in Canberra and Hong Kong, Adam’s next step after graduation is likely to be Sydney, where he hopes to continue his focus on trust law at a commercial firm.

“My paper and international study experiences have given me a real interest in arbitration and in trust law. I’m particularly grateful to the University and the Law School for supporting me with scholarships and opportunities to pursue these areas of interest,” he said.