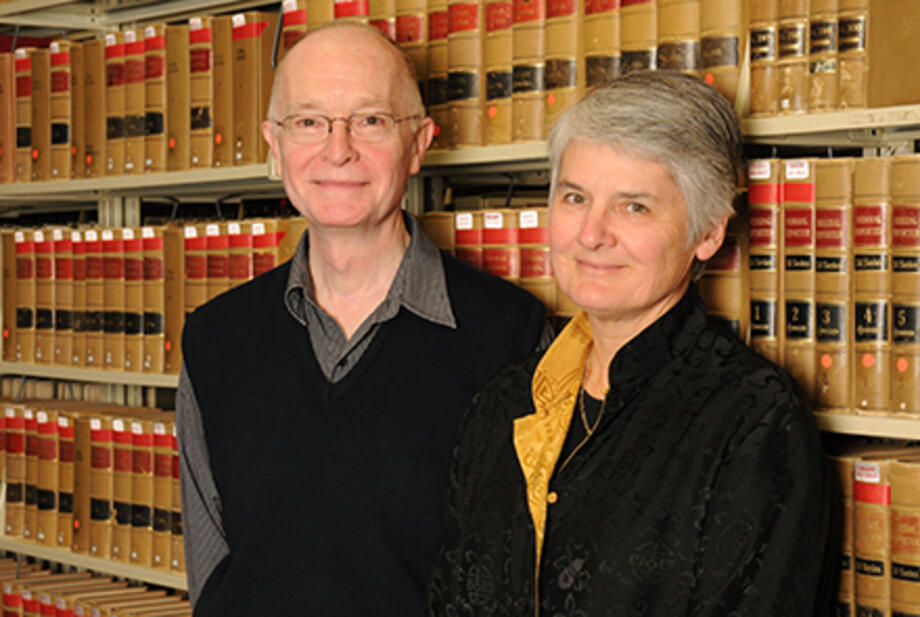 It may have been one of the thickest glass ceilings left to penetrate but ANU College of Law Distinguished Professor Jane Stapleton has burst through it to become the first woman in 500 years to be elected as the Master of Christ’s College Cambridge.

While the understated Professor is excited about taking up the prestigious role – particularly being part of a democratic institution run by all its academics – she doesn’t necessarily see her appointment as a great feminist victory.

“Women of my generation, we tend to notch up these things all the time, it’s like the first Jew, or the first person of colour, it’s because there are centuries of prejudice and when this starts to crumble, there are going to be people there at the right time who get these notches, but it doesn’t mean that there haven’t been hundreds of thousands of women who shouldn’t have been in the running for these jobs – it’s just that there’s been prejudice against them,” Professor Stapleton said.

But she will allow that also being the first foreigner to take the role is a “little unusual”.

Professor Stapleton’s departure will be a dual loss for the College, as her husband ANU College of Law Distinguished Professor Peter Cane will also be departing to Cambridge in July, ending 20 years with the University that began with their joint appointment as Professors to the Research School of Social Sciences.

Professor Cane is looking forward to returning to England where he spent the first 20 years of his academic career teaching at Oxford University. He will take up a teaching role at Cambridge and continue with his many publishing projects, along with his supportive role at Christ’s.

Professor Stapleton said the great attraction of the job for her was working in the Cambridge education model which is self-governing, focuses on the nurturing of young minds and on achieving excellence at every level.

“This is one of the great institutional dynamics that’s been created for education and to be part of that, and to assist it, will be deeply rewarding,” Professor Stapleton said.

An ANU alumni (LLB ’81) and University Medallist, Professor Stapleton has concurrently held the Ernest E. Smith Professor of Law at the University of Texas, along with her ANU role.  She is also the only non-US Council Member of the American Law Institute.

In the United Kingdom, she was the first woman to be elected as an Honorary Fellow at St John's College Cambridge and has held positions as Visiting Professor at Oxford and Emeritus Fellow at Balliol College, Oxford.

Professor Stapleton is resigning from all her additional positions – except the American Law Institute – to take up the position at Christ’s College.

She is looking forward to the vibrant mixture of academics and students at the College, from mathematicians and historians to engineers and lawyers, enjoying the activities, picturesque gardens and ancient buildings.

Dean of the ANU College of Law, Professor Stephen Bottomley said that her appointment was “by any measure, an honour of the highest order and it is a clear reminder – should it be needed – of Jane’s stellar reputation in the global community of legal scholars.”