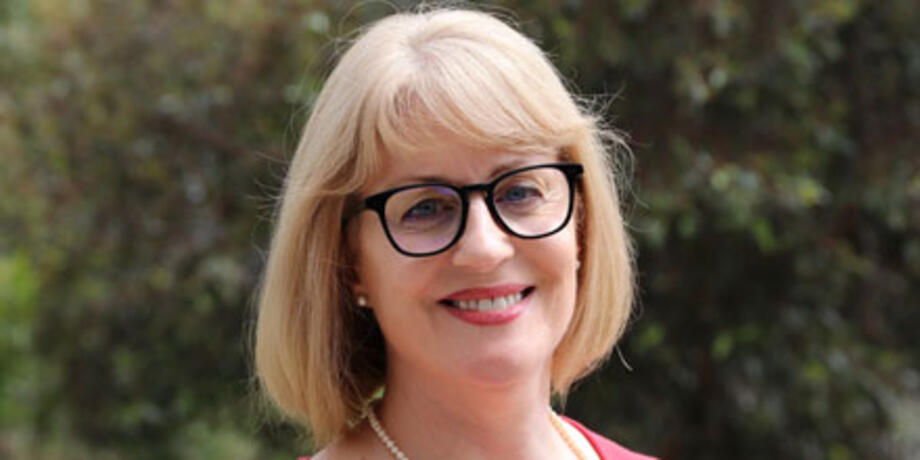 Answering this research question will help us understand how, and why, regulatory ideas succeed, or fail, when they move from one jurisdiction to another in a globalized world.

An ANU College of Law PhD candidate has combined efforts with the ACT Justice and Community Safety Directorate (JACS) to undertake ground breaking research into the Official Visitor program at the Alexander Maconochie Centre (AMC).

Carol Lawson’s thesis topic began around civil oversight within Japanese prisons, however, Japan’s civil oversight system - which invites respected members of the local community into prisons to inspect and receive complaints about interactions between prisoners and staff – has a counterpart in the Official Visitor system in place in the ACT’s human rights compliant prison, the AMC.

For Ms Lawson, the idea of private participation in public governance was intriguing.

“A simpler way to express my question in ordinary language would be: Can ordinary citizens really monitor risky government activity successfully?” she said.

“I wanted to know how well this type of regulation works in prisons. And I wondered if the answer would be the same in all jurisdictions.”

While the ACT’s civil prison oversight system is in place to comply with its human rights objectives, in Japan, the benchmarks used by civil overseers focus on bringing ‘community common sense’ into prison administration.

Neither civil oversight system had been the subject of empirical scholarly research before. The study’s findings will reveal the strengths and failings of two different versions of the same regulatory system, giving unprecedented comparative insights.

A key aspect of her research has been to examine data sets from both the AMC and 49 prisons throughout Japan.

Ms Lawson said the rare and rigorous data set was gathered from the best possible data source in the circumstances - over 2500 ‘insider’ actors including corrections officers, civil overseers and prisoners.

This survey data will be combined with data from interviews with corrections officers, civil overseers, and policy leaders in both the ACT and Japan.

Her findings will go to the heart of the success or otherwise that civil overseers – people external to a prison system - can have in improving the lives of prisoners and contributing to prison reform.

“On one level, this study is about the perennial issue of prison reform – about how we make sure prisons treat prisoners humanely while they fulfil their function – to separate offenders from society,” Ms Lawson said.

“At another level, answering this research question will help us understand how, and why, regulatory ideas succeed, or fail, when they move from one jurisdiction to another in a globalized world.”

Civil oversight is a regulatory mechanism frequently championed when there has been a prison crisis. However, globally speaking, there has actually been almost no empirical evidence on how it works in prisons.

“We haven’t known if it does prevent abuses and stimulate reform as is often expected, or what design features are optimal, if any.”

“My findings will be confirmed as my data analysis is completed later this year. I’m also considering if these civil prison oversight systems have other important ancillary benefits that tend to stabilise a prison system.

“These would include enhancing public confidence in the prison system, reassuring prisoners by offering them an informal sounding board which ‘nips problems in the bud’, and reassuring corrections officers that their perspective is being heard, which encourages them to embrace proposed reforms.”

Ms Lawson said the results would have broader implications, for example regarding how jurisdictions around the world accept, reject, or adapt other human rights principles.

Policymakers have shown strong interest and cooperated in the study on a practical level - in both Japan and the ACT, and scholars and activists in fields like regulation and global governance, penology, and overseas legal assistance in Europe, Japan and Australia have also indicated a desire to use the results.

In the ACT, the data from her study was contributed to JACS’ own systemic review of the Official Visitor system in mid-2017. “It’s in all our best interests when a policy reform process includes evidence from people with lived experience of the system in question,” she said. “Evidence-based policy can help avoid situations like that which occurred in the Don Dale Youth Detention Centre in the Northern Territory.”

The JACS review was partly prompted by the Federal government’s long-awaited announcement in early 2017 that it would ratify the Optional Protocol to the Convention Against Torture (OPCAT) within the year.

Under OPCAT, Australia has three years to designate a National Preventive Mechanism (NPM) to improve protections in detention. Each state and territory will contribute to the NPM through a local civil prison oversight institution.

The ACT’s civil prison oversight bodies were highlighted in the November 2016 Moss Report on the death in custody of Steven Freeman.

The Report supported an August 2016 recommendation by the Standing Committee on Justice and Community Safety that the ACT should enhance civil prison oversight by establishing an Inspector of Correctional Services. Mr Neil McAllister took up this role in March 2018.

Ms Lawson will complete the final stages of the data analysis and anticipates submitting her thesis by the end of 2018. For most of this year, she will be a visiting researcher hosted by Osaka University Graduate School of Law.

“This will be a concentrated writing retreat with excellent access to Japanese resources and policymakers for final consultations,” she said.