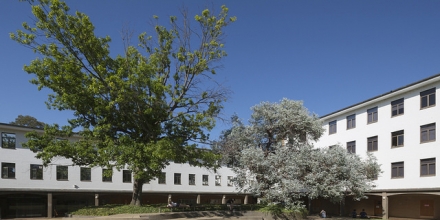 ANU College of Law alumnus, the Hon. Justice Alan Robertson of the Federal Court, has been appointed to the Australian Competition Tribunal.

In announcing the appointment, Federal Treasurer Scott Morrison, said Justice Robertson would bring a wealth of experience to his new role with the Tribunal.

“During his time at the bar, Justice Robertson practiced competition law. He will bring his extensive experience as a practitioner and Judge in competition law to the Tribunal,” Mr Morrison said.

Justice Robertson works closely with the ANU College of Law as Deputy President of the Australian Academy of Law – which the College supports through its secretariat services.

Justice Robertson graduated from the Australian National University twice – first with a Bachelor of Arts (Hons) in 1972 and then a Bachelor of Law (Hons) in 1980, receiving the ANU College of Law B C Meagher Prize for Commonwealth Constitutional Law in 1979.

Justice Robertson spent his early working years in Public Service, including a stint at the Attorney-General's Department. He moved to the private bar in Sydney, where he was appointed a Senior Counsel for New South Wales in 1995. While at the bar he practiced in public law, including constitutional and administrative law.

Justice Robertson was appointed to the Federal Court of Australia in April 2011.