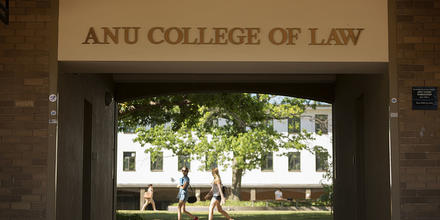 ANU College of Law alumni Philippa Lynch and Sandra Georges have both been awarded Public Service Medals in the Queen’s Birthday 2016 Honours List.

Ms Lynch, who graduated from the ANU College of law with her Bachelor of Law (Hons) in 1981, received her medal for outstanding public service through the delivery of whole-of-government legal policy and governance advice.

She is currently First Assistant Secretary, Government Division, in the Department of Prime Minister and Cabinet and was nominated for her outstanding service in providing significant advice to successive governments and senior public servants on governance, probity and accountability issues.

She has been commended for her common sense and judgment on difficult issues of high political and public sensitivity and for her advice on issues relating to the executive’s relationship with Parliament, legislation, entitlements of former prime ministers and ministers, ministerial conduct and caretaker conventions and machinery of government issues

Ms Georges, who graduated from her Bachelor of Laws at the ANU College of Law in 1986, received her Public Service Medal for outstanding public service to the law, and to the community of the Australian Capital Territory.

She is currently the Parliamentary Counsel to the ACT Government.