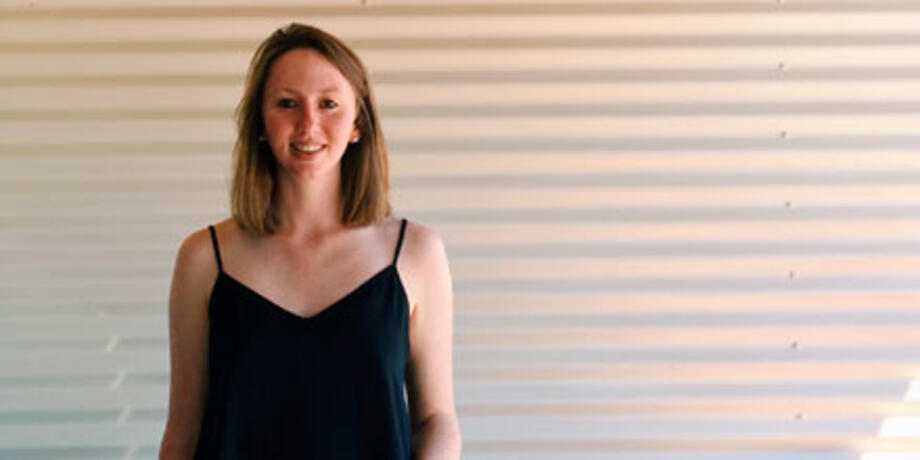 I feel so lucky to have had my undergraduate education at ANU, and to have been taught by some of the world’s leading academics.

An ANU Law alumna and corporations law tutor is off to Cambridge after winning two major scholarships.

“I was of course surprised and thrilled when I was told at about 5am Australian time that I’d won the Henry Arthur Hollond Studentship,” Matilda recalls.

“Cambridge has for a long time been a dream for me and being awarded the studentship and finding that everything would be paid for me to study there and live at Trinity College suddenly made it very real.

“To then be named as a Lionel Murphy Scholar was again a wonderful surprise and so exciting. I feel very grateful and lucky.”

Matilda works for the Australian Government Solicitor in the Office of General Counsel, providing constitutional law advice, and also tutors at ANU. But from October she’ll be in England to commence a Masters of Law (LLM), specialising in international and public law.

The 2015 Undergraduate Award winner says her postgraduate study will build on the breadth of electives she learned at ANU including financial markets and takeovers to labour law.

“As my degree went on, I began to focus more on international and public law subjects,” Matilda says.

I took ‘Law Internship’ and was placed at the Department of Foreign Affairs and Trade in the Transnational Crime section. I also took International Human Rights Law and was part of the Jessup Moot team in 2015/2016.

“These opportunities I had as an undergraduate at ANU will provide me with an immensely strong foundation for my future postgraduate study at Cambridge and work.

“I feel so lucky to have had my undergraduate education at ANU, and to have been taught by some of the world’s leading academics.

“I’d like to thank three ANU academics in particular - Prof Kim Rubenstein, Kate Ogg and Cameron Roles. Kim, Kate and Cam gave me immense support throughout the process of applying for postgraduate study and scholarships, not only as my referees but also by giving me general advice and encouraging me.

“I was very lucky to have the incredible Prof Kim Rubenstein as my honours thesis supervisor in my final year, and to take Kate and Cam’s brilliant courses during my law degree.”

Matilda says so much can happen once you make the first step and apply for a scholarship or essay competition.

“I would tell current or future students not to be dissuaded by rejection and to use rejection and how you responded to it to your advantage in future applications.

“As Professor Kim Rubenstein often told me, ‘as one door closes another opens’”.