Home » Animals and the Law Prize awarded to Phim Dowell

Animals and the Law Prize awarded to Phim Dowell 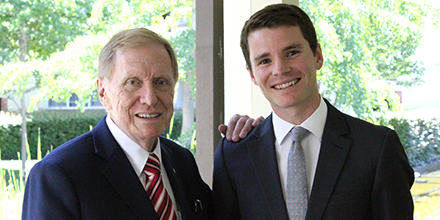 Rik wanted to come to ANU because “it is a world class university with a focus on research and, in the ANU College of Law, on social justice.”

In the course (Special Law Elective 1: Animals), students examine the legal, ethical, regulatory, social and economic issues associated with human interaction with animals. There is growing concern about the treatment of animals in our society, whether for consumption or entertainment or for scientific testing and other purposes.

Phim, who works in the Commercial and Regulatory Team at MinterEllison in Canberra, first became interested in the subject of animals and the law when he took an Applied Ethics course in Philosophy. He wrote an essay about whether animals should be afforded the same moral status as humans.

He then took the special elective Animals and the Law, taught by Associate Professor Alex Bruce. “I really enjoyed the course, especially Alex’s socratic style of teaching and his rigorous approach to the subject,” said Phim.

The course put an onus on the student to lead the course, with two presentations by students per week on an animal law issue. Phim’s final research paper examined whether the current animal anti-cruelty regulatory framework could be improved by adopting a more holistic duty of care towards animals.

Donor of the Prize Rik Sutherland (JD ’11. GDLP ’12) organised a morning tea on Friday 2 December to award the Prize to Phim. The Honourable Michael Kirby presented the Prize, as he is also a passionate defender of animals’ rights. At the morning tea, Phim and Michael Kirby discussed the evolution of animal law in Australia and how the circle of concern has gradually been extended from companion animals to a broader area of concern, although they agreed that much progress still needs to be made.

Rik wanted to come to ANU because “it is a world class university with a focus on research and, in the ANU College of Law, on social justice.” During the course, Animals and the Law, once Rik discovered “more about animal sentience on the one hand and modern agribusiness on the other, our treatment of non-human animals became an issue of deep concern to me,” he said.

Rik hopes that the award will encourage more students to take the Animals and the Law course and be motivated to do as well as they can. “This will add to the body of scholarly work on Animals and the Law and help create a generation of people who see this as one of the next big moral challenges we as humanity will have to face up to,” he said.