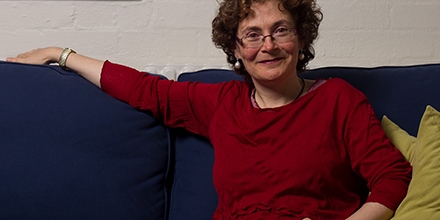 While the newly tabled Australian Citizenship (Allegiance to Australia) Amendment Bill cures significant defects identified in the original version, it does not address the fundamental flaw in the proposed new law.

What the Parliamentary Committee of Intelligence and Security report and both major parties in our Parliament have failed to address is the bill's core weakness, which no amount of tinkering can amend. Its central object, of banishing certain Australian citizens, undermines the rule of law itself. In doing so, it diminishes the protection of people from the exercise of excessive and overreaching political power.

By stripping a person of their country's citizenship, the state severs the distinctive relationship between its authority and those subject to it. It creates classes of citizens and undermines an equality of membership in a democratic society.

Certainly the bill does tick off some critical flaws of the earlier iteration; it removes the offence of damage to Commonwealth property as a ground for losing one's citizenship, introduces a concept of intention (although some activities are deemed to reflect intention) and changes the loss of citizenship after a conviction to a discretionary decision of the minister upon consideration of relevant factors. It also builds in limited protections for some children, at least those who are under 14.

Yet, even on the regular checklist of rule of law principles in a Western liberal democratic society, it hasn't ruled out the retrospective operation of the bill for those people found guilty of certain offences before the bill came into force. And it is still not clear, despite the changes, whether the bill is within the Commonwealth's power as a matter of constitutional law, as it removes individuals' status as "people of the Commonwealth" in ways that have not been tested before.

Attorney General George Brandis and Peter Dutton, the Minister for Immigration and Border Protection, have told us the bill's purpose "is to deal with the threat caused by dual citizens who act in a manner contrary to their allegiance to Australia". What other activities in the future might also come within an enlarged definition of "lacking an allegiance to Australia" or its values that can then be used by the executive to strip dual citizens of their citizenship? And how will this bill really protect Australia?

We would all agree that it is important to protect the community from those who "would seek to do harm by fighting for, or being in the service of, a declared terrorist organisation overseas or engaging in terrorist acts" but stripping those people of their citizenship is not the way to achieve this. Nor will it protect Australians (who also travel outside of Australia) from terrorists now travelling the globe on their other passport, and more dangerous than if locked in an Australian jail having been properly prosecuted under our criminal law system.

And what of this bill's effect on our vibrant multicultural Australia where we have so many dual citizens, strongly attached to their Australian citizenship? If this bill does pass Parliament, we can only hope that when later reviewed by the Parliamentary Joint Committee on Intelligence and Security and the Independent National Security Legislation Monitor, as this new version of the bill now provides, that any harm caused by its introduction to the cohesion of our successful multicultural society does not outweigh its purported objectives.

For we will all be deprived of those things we cherish in a society committed not only to the checklist version of the rule of law, but its very spirit and purpose.

Professor Rubenstein is director of the Centre for International and Public Law, Australian National University. This article was originally published in The Age.