Home » ACT can lead the way with a permanent citizens' panel

ACT can lead the way with a permanent citizens' panel 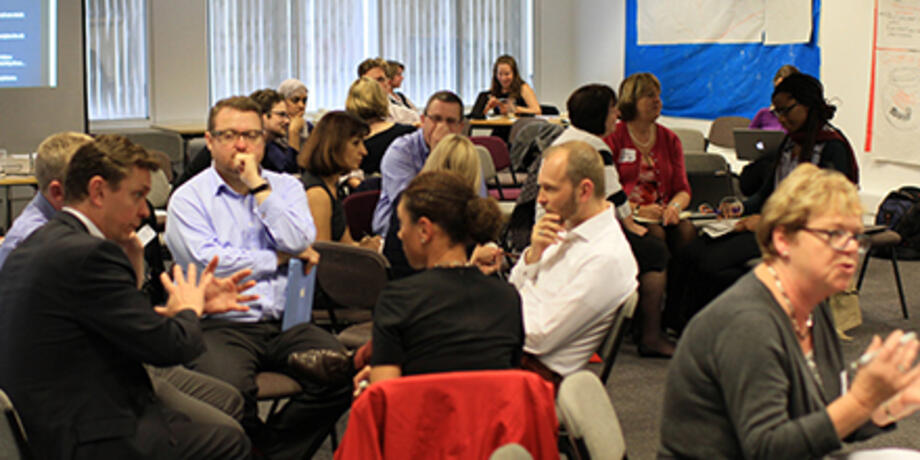 Brexit, Donald Trump, Rodrigo Duterte. It has become commonplace to observe that we live in a time of populism and public political disaffection.

The problem has not yet reached crisis levels everywhere. But even where democracy is not broken, it is breaking. Trust in traditional government continues its steep decline. And inside of government, partisanship is intensifying – stoked by old and new media, and aggravated by the rise of powerful political parties.

Voting in elections is a narrow vehicle through which most citizens are unable adequately to make their wishes known. And beyond voting, citizens lack influence over a democracy that is meant to serve them. Policies citizens believe are in the public interest, like actively addressing climate change, regulating the banks or providing dignity in aged care, do not get enacted. Little wonder there is declining trust in democracy as it is commonly imagined.

Yet, while democratic decline has dominated headlines, a counter-movement has also gathered steam. Popularised in a famous experiment in British Columbia in 2004, citizens’ assemblies and similar events have become the go-to options for reformers looking to repair democratic politics. Now, after fifteen years’ experience with this ‘deliberative democratic’ form of decision-making – including here in Canberra – many people are looking to make the innovation permanent.

Citizens’ assemblies offer a strikingly different kind of politics. Random selection is key to why they are effective: members of citizens’ assemblies are ordinary citizens. They are unlikely to belong to any political party. They generally approach their deliberations afresh, with few preconceived notions and a strong willingness to learn. And learn they do: typically, a wide range of experts inform them on technical matters and policy options.

After 15 years, we no longer need further proof of the concept. The bottom line in numerous academic studies and real-world experiments is that, compared with parliamentarians, citizens’ assemblies are less partisan, more open-minded, better trusted, and – importantly – still robustly capable of deliberating about policy options.

But if the model is so promising, why is it still "experimental"? Why not a permanent democratic solution? Next month Belgium will inaugurate, in one of its eastern provinces, a Permanent Citizens’ Council.

An originator of the Belgian plan was Professor Min Reuchamps, who has been visiting The Australian National University (ANU) for the past few months. During his time in Canberra, he has assembled colleagues and democratic reform activists to propose a permanent Australian Capital Territory (ACT) Citizens’ Assembly. The body would have 25 members – like the ACT Legislative Assembly – and they would be randomly chosen for two-year terms. The panel would be "agenda-setting" – that is, they would consult experts and the broader public before deliberating about which new policy directions the Legislative Assembly could pursue.

The Panel would convene about once a month on weekends. Those chosen would enjoy a once-in-a-lifetime opportunity to learn about the workings of government, and to influence its key directions. Membership would not be compulsory. Over the years, a sizeable number of people who want to be part of the governance in the Territory would get that chance. A permanent citizens’ assembly would open up government to the influence of far more than just the current select few. However, and importantly, it would also ensure that any such influence is deliberative – and qualitatively different from what the Legislative Assembly itself already provides.

In keeping with its tradition of being at the forefront of social and political reform in Australia, and as a relatively stable and successful jurisdiction, the ACT is an ideal place to adopt this new model. But the ACT government is also an unusual beast. Not only is it governed by a unicameral Parliament, it also combines territory and local government. Thus, it lacks the oversight of a house of review, and also the oversight that State governments provide to local government elsewhere. In this context, a permanent citizens’ assembly could provide an innovative oversight mechanism and a needed layer of accountability.

Our proposal is somewhat novel – but only somewhat. Not only have the Belgians already adopted it but, looking deep into our democratic history, we see that the Ancient Greeks did something similar over two millennia ago. Athenian citizens regularly met on the hill they called the Pnyx to debate and decide about matters affecting the community. And, of course, in our own tradition randomly selected juries have been part of the legal system for over 800 years.

We already have a decade and a half of experiments with citizens’ assemblies to draw on as we work out some of the details of the permanent model. But there is much still to be worked out in consultation with the ACT public, including at an upcoming Canberra Conversations forum on 19 August (12:30-1:30pm, Function Room, Theo Notaras Multicultural Centre, 180 London Circuit). Professor Reuchamps and others will be on hand to take questions and lead discussion with the public.

This article was originally published by The Canberra Times on 6 August 2019.