Home » ABC re-branding not popular with everyone, explains Brett Walker

ABC re-branding not popular with everyone, explains Brett Walker 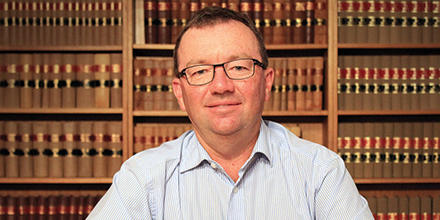 On 1 December 2016 the ABC announced a major re-branding strategy for its capital city radio stations. This new strategy involved dispensing with the traditional frequency identifier and re-naming the station according to its geographic location, for example, 666 ABC Canberra would be re-branded as ABC Radio Canberra.

This re-branding initiative was not welcomed by independent radio station Radio Adelaide which expressed concern that the soon to be re-named ABC Radio Adelaide had “decided to hijack (their) name”. Radio Adelaide has threatened legal action and has also attempted to shore up its position by lodging two trade mark applications in early December for the Radio Adelaide name and logo.

There are various ways a business can protect its name, but some common principles relevant in this case are: firstly, it is difficult to establish a protectable reputation in ordinary or factually descriptive words unless those words have acquired a secondary meaning connected with a business through extensive use.

The public policy justification here is that one business should not be permitted to monopolise descriptive terms in ordinary usage that other businesses may legitimately wish to use to describe the location of their business and/or the nature of the goods and services they provide to the public. This is why the best business names are either made up words which suggest linkages with the nature of the good of services provided by the business (think Telstra and Wesfarmers) or are common words used out of context (think Apple and Orange).

Secondly, to prevent another business from using a name, logo or branding that is similar to your own it is necessary to prove that the consumers of the goods or services are likely to be misled, deceived or confused by the branding used by the other business.

The three specific issues that Radio Adelaide will need to address if it is to successfully prevent the ABC from using the ABC Radio Adelaide branding are: the brand name Radio Adelaide comprises two common English words which describe the services provided (i.e., a radio station servicing the Adelaide community).

The second issue is Radio Adelaide has been operating for 44 years and would certainly be able to establish that it had a distinctive reputation within a certain segment of the Adelaide community. Whether this distinctive reputation would be sufficient to enable it to claim ownership of the otherwise descriptive words “Radio Adelaide” would be a key issue for a court to decide.

Brett recently provided his thoughts on the Radio Adelaide dispute on the ABC’s PM Program.