500 years on, it is time to set sail for Utopia 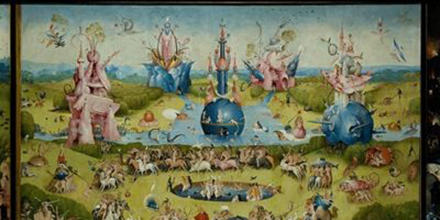 It was an arch little Latin pun: u-topos meant "no place", but sounded the same as eu-topos, a "beautiful place".

In 1516, Thomas More was at the top of his game. He was widely recognised as one of the great intellectuals of Europe; a key adviser to princes and prelates, and an esteemed colleague of the greatest thinkers of the age. That summer, while he was pondering the implications of taking on heavier responsibilities at the court of Henry VIII – a decision that eventually cost him his life – he visited his old friend Erasmus, and he wrote a little book.

This book coined a word that changed the world: Utopia, or, to give it its full title, The New Island of Utopia. It was an arch little Latin pun: u-topos meant "no place", but sounded the same as eu-topos, a "beautiful place".

Why a new island? Because More's world had just been shaken to its foundations by the discovery of "the New World", a term which had itself only come into use a decade or so before. And the New World suggested the possibility of human societies living in utterly novel ways. People with eyes in the middle of their forehead, perhaps, or with strange rituals and beliefs, or – as More supposed – people who did not know the gospel of Christ, yet behaved better than the Christians who did.

More's Utopia was not paradise or heaven. It was constructed and built by humans, yet so designed as to bring out the best in us and prevent the worst. It was this combination of wild fantasy, on the one hand, and what we would now call "regulatory design", on the other, that distinguished More's inventive text. The fantasy of a new island from a new world gave him the freedom to think through conventional wisdom, and excoriate the society, values, and customs of the world he lived in – where religion corrupts faith, money corrupts politics, self-interest rules everywhere and justice is not to be found.

Sound familiar? Are we condemned to this one narrow and unforgiving path through life, More asked? Or should we re-imagine what our world could be like, if only we could start afresh?

That was Utopia's bold challenge. It might be thought to be the very first science-fiction novel every written, and many that followed in its wake owe Utopia an enormous debt. More's book had effects not just in literature but in the real world, where thousands of communities from that day to this have sought not just to dream utopia but to build it, on some new island of their own: from New Australia in Paraguay, to Utopia in the Northern Territory.

Yet after 500 years, utopia seems further away than ever. Indeed, the whole language of political vision, ambition, and dreaming has become a byword for pointlessness; even for fanaticism. The victims of Pol Pot's utopia can be counted in the millions; that of Karl Marx, some would say, in the tens of millions.
But here in the "new island" of Australia, what is striking is the lack of vision. We seem to be faced by the most crucial and far-reaching of problems: climate change, global inequality, terrorism and authoritarianism as far as the eye can see. Yet our political discourse does not seem up to the task. Politics appears nothing but the pursuit of the narrowest of middle grounds. The 24-hour media cycles encourage the same narrow discussions, the same refusal to think ambitiously or imagine more far-reaching questions. Our country, like the ostrich, has its head in the sand – paralysed by fear and consumed by denial.
So what have we lost by refusing to look to the horizon? – by refusing to re-imagine our world and, in the process, cast a seriously critical eye on what now counts as received wisdom? This critical imagination seems to have wholly deserted us. The funny thing is scientists now think there is not one universe but an infinite number, constantly popping up like bubbles of gas on the surface of a marsh. But just as scientists are finding the truth in a universe of infinite possibility, our politics seems determined to shut our options down, insisting there is no choice but the world, the society, the economy – good grief, even the housing market – we happen to have now.

On the 500th anniversary of More's little book, the time has surely come to take some risks. The goal will not be to find a utopia that everyone can agree on. On the contrary, More's imaginary world was designed to place in stark relief the failures and the betrayals of the world as it actually existed. Utopia is u-topos – no place. Rather, it is a thought experiment against which to test our beliefs, to challenge the order of things, and to measure our world against our needs and desires. Without it, Australia eu-topos is slipping away, leaving us victims of the future, rather than its architects.

ANU Law's Centre for Law, Arts and the Humanities, with the National Library and Radio National's Big Ideas, will host a roundtable at 6pm on March 28 to commemorate the 500th anniversary of Utopia's publication. The roundtable will feature Peter Singer, Alexis Wright, Russell Jacoby and Jacqueline Dutton. For tickets, see the National Library's website.

This article first appeared in The Canberra Times and SMH on Wednesday, 22 March.