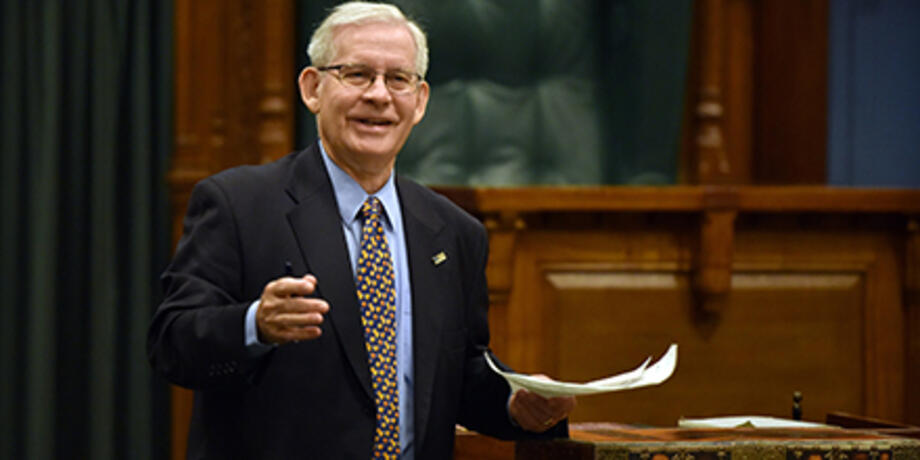 Michael has a rich range of research interests covering constitutional law, the judicial process, legal education and the ways of viewing law through biography, oral history, encyclopedia and image. The program brings together a stunning line-up of speakers, including many from the College, to cover that territory.

Professor Michael Coper, graduate of Sydney Law School and a co-founder of the UNSW Law School, spent 15 productive years as Dean of ANU College of Law. Ideals of egalitarianism and enlightened law reform characterised his philosophy and these ideals influenced countless staff and students, who in their turn, have influenced others, with incalculable benefits for the legal profession and for the Australian social fabric.

On Friday 2 December a conference celebrating the achievements of Michael Coper will be held in the Common Room, University House. Michael is a “big picture” person whose vision has always focused on the future. The conference’s title, “New Ways Forward”, with its tone of energy and optimism, could not be more fitting for an event celebrating the career of Michael Coper and reinforcing the continuing beneficial effects of his achievements.

The conference title expresses Michael Coper’s penchant for looking forward, and it is this, combined with his innovative thinking, inventive ways and creative connections that have led to better methods and improved results in legal teaching and legal practice.

The conference has a general theme of reform and renewal in constitutional interpretation and legal education. Formidable though Michael’s contributions are in these areas, his fields of interest are wider and his achievements stretch beyond these boundaries.

To give just one example, Michael conceived and is co-author and co-editor of the ground-breaking Oxford Companion to the High Court of Australia (2001), described by The Australian reviewer Bernard Lane as “by turns poignant, surreal, depressing and hilarious”.

It presents a comprehensive account of the High Court from its inception in 1903, covering the major areas of law to which it has contributed and also its most significant cases, for example, the Chamberlain Case (1984) and Mabo (1992). Pick it up at any point and read its informative and often entertaining entries, such as “Court attire”, “Litigants – notable”, “The Castle” and “Appointments that might have been”. But this book is more than the sum of its parts. Taken as a whole it tells the story of the Australian legal system.

The conference’s full title is “New Ways Forward: Reform and renewal in constitutional interpretation and legal education”. For more information, and to download the program, see the event page.

Conference organiser Professor James Stellios wanted to emphasise the fact that “although Michael has been a leading constitutional law scholar, it is not solely a constitutional law conference. Michael has a rich range of research interests covering constitutional law, the judicial process, legal education and the ways of viewing law through biography, oral history, encyclopedia and image. The program brings together a stunning line-up of speakers, including many from the College, to cover that territory.

“It should be a wonderful day and a great tribute to Michael’s contribution to the law and legal education.”