The People in Question – Web Symposium At a time of rising populism and debate about immigration around the world, this Web Symposium introduces and examines the important new book authored by Professor Jo Shaw – The People in Question: Citizens and Constitutions in Uncertain Times. The book provides the first sustained treatment of the relationship between citizenship and constitutional law in a comparative and transnational perspective. It draws on examples from many jurisdictions to assess how countries’ legal, political and cultural processes help to determine the boundaries of citizenship.

The People in Question: Citizens and Constitutions in Uncertain Times 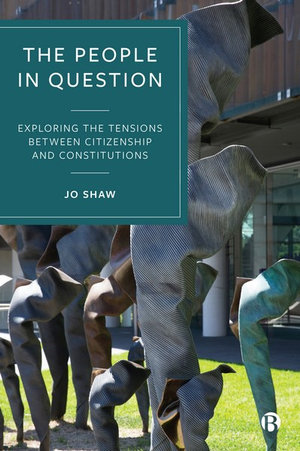 In this Web Symposium – jointly sponsored by the ANU College of Law and the International Association of Constitutional Law’s Membership and Exclusion Research Group – the author will first introduce the key themes of the book before hearing and responding to a selection of expert commentaries from scholars in the field drawn from the Asia and Pacific region.

Registrants will be eligible for a special discount on The People in Question, to be advised at the event.