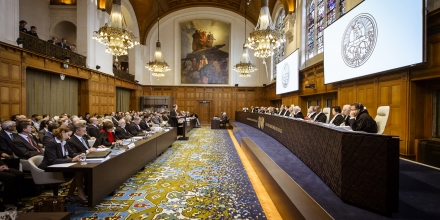 VENUE CHANGE: Due to over-subscription to this event, it will now be held in the Law Theatre at the ANU College of Law

Three government lawyers involved with the Whaling case will share their expertise on the legal, diplomatic and practical aspects of running a case before the International Court of Justice.

Please note, this lecture will now be held in the Law Theatre.