Presented by the Centre for Law Arts and Humanities 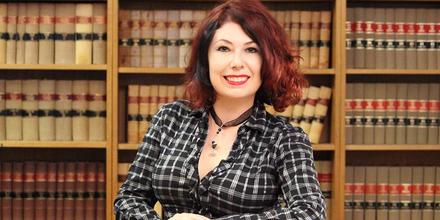 Today’s research seminar is sponsored by the Centre for Law Arts and Humanities. It presents Dorota Gozdecka’s creative work in the burgeoning new area of theatrical jurisprudence.

The presentation will focus on the process of writing of a contemporary play based on critical theory notions and will focus on the figures of contemporary Antigones. It will compare the notions of incommensurability and the Antigonean conflict in telling stories about the contemporary relationship between law, justice and injustice. I will argue that contemporary Antigones permeate multiple troubled alliances between law, justice and the call of duty in the contemporary world. Finally, I will explain how the process of writing ‘Trumpsformation’, a contemporary critical theory play, used these notions to tell a story about injustice, law and incommensurability in the times of the conflict over the notion of belonging and the shape of political community.

This is an important year for the Centre. Major new books by Directors Tim Bonyhady (The Enchantment of the Long Haired Rat) and Des Manderson (Danse Macabre) reflect the unmatched breadth and ambition of the Centre’s intellectual program. Dr Gozdecka has been an important and vibrant part of our development over the course of several years. As she departs to take up a new position at the University of Helsinki, this seminar serves as a fitting occasion to pay tribute to her enthusiasm and her commitment.

Wine and cheese will follow the presentation, to thank Dorota for being part of ANU and CLAH, to wish her well in all her future endeavours, and to toast the Centre’s recent publications.