Home » Access to Justice Arrangements: An Overview of the Productivity Commission’s Draft Report

Access to Justice Arrangements: An Overview of the Productivity Commission’s Draft Report 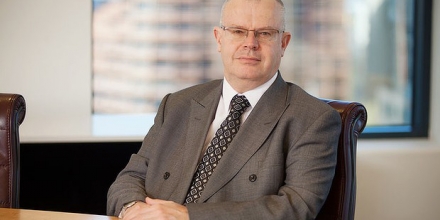 Since June 2013, the Australian Productivity Commission has been undertaking a 15-month inquiry into Australia’s system of civil dispute resolution, with a  focus on constraining costs and promoting access to justice and equality before the law. The terms of reference of the Access to Justice Arrangements inquiry include examining the real costs of legal representation and trends over time, factors that contribute to the cost of legal representation, the proportionality of the costs of accessing justice services and alternative mechanisms to improve equity and access. The Commission released its draft report in April. The Presiding Commissioner over the inquiry, Dr Warren Mundy, will be speaking about the findings of the draft report and answering questions about the inquiry.  Dr Warren Mundy is the Presiding Commissioner over the Australian Productivity Commissions inquiry into Access to Justice Arrangements. He has extensive experience in the infrastructure sector, with appointments as a senior executive in the airports industry and he is a current director of the Sydney Desalination Plant.  He is an Adjunct Professor of the School of Aviation at the University of New South Wales.