Using the Law as a Tool for Social and Climate Justice 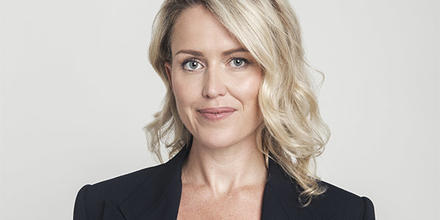 The law is most often associated with maintaining the status quo, but it can also be a tool for positive social change. In this lecture, Jennifer Robinson (BAsSt/LLB (Hons) '06) will give a global and comparative perspective on strategic human rights litigation, using case studies from her own practice – from West Papua to WikiLeaks – and what she has observed of successful cases and campaigns around the world to provoke a discussion and debate about what more could be possible, including at home in Australia.

This public lecture is proudly presented by ANU Law Reform and Social Justice (LRSJ) and the ANU Centre for International and Public Law.

Light refreshments will be served from 5.30pm. The lecture will commence at 6pm.

Jen is a barrister at Doughty Street Chambers in London. She has a particular focus on international law, free speech and human rights, advising governments, media organisations, journalists, non-governmental organisations and activists. Her recent cases include defending Julian Assange and WikiLeaks, acting for the BBC World Service in UN engagement over the persecution of BBC journalists by Iran, acting for Vanuatu in the Chagos Islands case before the International Court of Justice, successfully challenging a sweeping anti-protest injunction obtained by a major multinational corporation and having the UK government’s fracking policy declared unlawful on the grounds the government failed to consider scientific developments in climate change.

She is passionate about using the law as a tool for social justice and to build power in movements for positive change – and to inspire more young lawyers into this work. To that end, Jen created a global human rights program – the Bertha Justice Initiative – which has invested millions in strategic litigation and education for the next generation of movement lawyers in 17 different countries. Committed to supporting this work at home in Australia, Jen is a founding board member of the Grata Fund, Australia’s first independent, crowd-sourced public interest litigation fund, which has funded key public interest legal challenges on climate, indigenous rights and freedom of information.

Jen sits on the boards of the Bureau for Investigative Journalism, the European Center for Constitutional and Human Rights and the Bonavero Institute for Human Rights at Oxford University, where she was a Rhodes scholar.

An alumna of the ANU, Jen was University Medallist in Law and a Distinguished Scholar in Asian Studies. In 2013, she was recognised as the inaugural ANU Young Alumni of the Year.