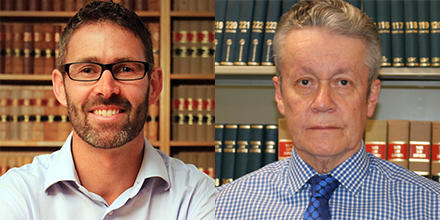 Join Chief Judge Dr John Lowndes, together in conversation with Dr Anthony Hopkins, as he shares his experience of the involvement of First Nations Australians in the criminal justice process in the Northern Territory.

This session will focus on a number of topics relating to the involvement of First Nations Australians in the criminal justice process in the Northern Territory and the extent to which that process provides “equal justice”. Though the focus will be on the experience in the Northern Territory and the challenges faced there, the conversation will be of interest to those concerned with criminal justice issues for First Nations peoples across Australia and internationally.

Topics to be covered include: