Home » Just war, punishment and humanitarian intervention: The re-moralisation of the use of force

Just war, punishment and humanitarian intervention: The re-moralisation of the use of force 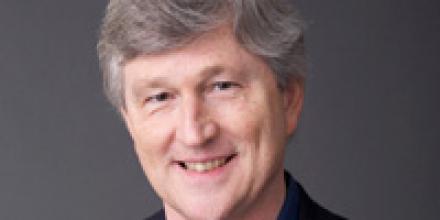 Classical just war theory regarded punishment of wrongdoing a just cause for war.  This idea has been rejected by most modern theorists, and especially prominently by international law in the decades since the end of World War II.  For the most part, during these decades the use of force has been deemed legitimate by a state only in its own defense or in defense of another state that has requested assistance.

This approach reflects a “thin” conception of the international moral order that eschews moral judgments of state behavior except for those based on the values of state sovereignty and self-preservation.  This development reflects a “de-moralization” of the international order compared to a world in which punishment can serve as just cause for the use of force. In recent years, however, this thin conception of morality has been challenged by an approach that regards sovereignty as an attribute contingent upon compliance with more robust universal values expressed in human rights.

This can be seen as a “re-moralization” of the international realm.  Armed humanitarian intervention is one example of this development. At the same time, punishment ostensibly remains banished in the discourse about such intervention.  This talk will suggest that we fail to appreciate both the potential gains and risks of such intervention by ignoring the fact that it represents an implicit reemergence of punishment as just cause for the use of force.

Mitt Regan is McDevitt Professor of Jurisprudence and Co-Director of the Center for the Study of the Legal Profession at Georgetown University Law Center.  During the 2015-2016 academic year, he is Distinguished Chair in Ethics at the Stockdale Center for Ethical Leadership at the U.S. Naval Academy.  Professor Regan is also Adjunct Faculty Member at the Center for Military and Security Law at the Australian National University College of Law, and an International Research Fellow at the University of Oxford’s Centre for Professional Service Firms.

His work focuses on organizational, cultural, and psychological aspects of ethical issues in the national security and business settings, as well as on business and human rights.  He is the author of Eat What You Kill: The Fall of a Wall Street Lawyer, and co-author of Confidence Games: Lawyers, Accountants, and the Tax Shelter Industry and Legal Ethics in Corporate Practice.  Professor Regan served as law clerk to Justice William J. Brennan, Jr. on the U.S. Supreme Court and to then-Judge Ruth Bader Ginsburg on the U.S. Court of Appeals for the D.C. Circuit.