Home » BREXIT: implications for the UK, the EU and Australia

BREXIT: implications for the UK, the EU and Australia 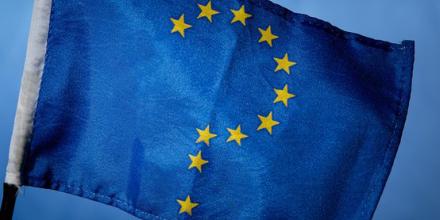 The ANU Centre for European Studies and the Centre for International and Public Law, in association with the Department of Foreign Affairs and Trade, the Attorney-General’s Department and the Australian Association of Constitutional Law, will hold a panel discussion on the impending referendum on the United Kingdom’s European Union membership. The panel members will consider the implications for the United Kingdom, the European Union and Australia.

James Cameron is undertaking a PhD at ANU within the School of Politics and International Relations titled ‘From Niche to Mainstream: Explaining the Electoral Success of the Scottish National Party since 1999’.  He is currently the Executive Director of the Australian Construction Industry Forum and has previously held policy, research and teaching roles. His other research interests include political economy, Australian, US and Irish politics, and political leadership.

Annmarie Elijah is Associate Director at the ANU Centre for European Studies. She has a PhD in politics from the University of Melbourne and has previously worked as a policy officer in the Australian Department of Prime Minister and Cabinet. She has taught politics at the University of Melbourne, Victoria University of Wellington and ANU. Her research interests include Australia-EU relations, European integration theory, comparative regionalism, trade policy, Trans-Tasman relations, Australian foreign policy and federalism.

Ryan Goss is a Senior Lecturer at the ANU College of Law working on constitutional law and human rights law. As Junior Research Fellow in Law at Lincoln College, University of Oxford (2011-2013), he taught UK constitutional law and UK administrative law, and human rights courses. Ryan’s research projects have included work on ECHR human rights law and UK public law. His book, Criminal Fair Trial Rights (Hart, 2014) was longlisted for the Inner Temple Book Prize 2015, and shortlisted for the Birks Prize 2015. He has written and spoken in the media on a variety of public law issues, and has done consultant and pro bono research on related issues in the UK, India, and elsewhere, for a number of NGOs.  Ryan holds a BA(Hons I), LLB(Hons I) (Queensland) and BCL(Dist), DPhil (Oxon); he studied at Oxford as a Rhodes Scholar.

Anne McNaughton is a Senior Lecturer in the ANU College of Law at the Australian National University. She is currently the Deputy Director of the ANU Centre for European Studies.  Anne has degrees in Arts and Law and a Master of Laws from Eberhard-Karls University in Tuebingen, Germany. Anne has taught a variety of courses on the EU legal system since the early 1990s.  Her research interests include the legal architecture of the European Union, the Europeanisation of private law and trade in services.