Home » Jamila Rizvi in conversation with Daryl Karp on Jamila's new book 'Not just lucky. Why women do the work but don't take the credit'

Jamila Rizvi in conversation with Daryl Karp on Jamila's new book 'Not just lucky. Why women do the work but don't take the credit' 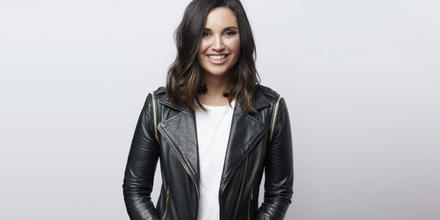 "Young women know the glass ceiling exists but nobody told them there is one on every floor of the building - and it's double-glazed". - Jamila Rizvi.

Jamila Rizvi will be in conversation with Daryl Karp on Jamila's new book Not Just Lucky. Why Women Do The Work But Don't Take The Credit, which exposes the secret shame of Australian workplaces: that offices, factories, shops and worksites remain gendered, unfair and unequal. Jamila's book explores the confidence deficit holding women back, the barriers to career success this can create, and how they might be overcome. Accessible and timely, this is essential reading for Australian women.

Not Just Lucky. Why Women Do The Work But Don't Take The Credit explores the structural and cultural disadvantages that rob women of their confidence - often without them even realising it. It's a practical toolkit, drawing on case studies, detailed research and Jamila's own experience in politics and media that will help you negotiate a raise, deal with difficult bosses, overcome imposter syndrome, communicate more clearly, cope with failure, avoid burnout, call out sexism and finally put your hand up for that big promotion.

Not Just Lucky. Why Women Do The Work But Don't Take The Credit is "Feisty and inquisitive, a fresh take on modern feminist issues" (Former Prime Minister Julia Gillard).

Over the past five years, Jamila Rizvi has firmly established herself as the preeminent voice of young Australian women online. She is a columnist for News Limited, a presenter for Fox FM and a regular television commentator for shows including The Project and The Drum.

Jamila is the former Editor-in-Chief of the Mamamia Women's Network websites. Prior to entering the media, Jamila worked in politics for former Prime Minister Kevin Rudd and Minister Kate Ellis. In 2014 she was named one of Cosmopolitan's 30 Most Successful Women Under 30, in 2015, she was listed as one of Australia's 100 Women of Influence by the Australian Financial Review and in 2017 was named one of Melbourne's Most Influential Women Under 40 by The Weekly Review.

Daryl Karp has worked as a senior executive in the cultural and broadcast industries for over 20 years, as Head of TV Factual programs at the ABC, CEO of Film Australia, and, currently, as Director of the Museum of Australian Democracy at Old Parliament House She is Deputy Chair of the Canberra Writers Festival, a director of Special Broadcasting Service (SBS), the Australian Children's Television Foundation and a fellow of Australian Institute of Company Directors. She is continually looking for talented women to mentor and has benefitted enormously from having a boy's name.

The vote of thanks will be given by Professor Kim Rubenstein, from the ANU College of Law and the inaugural Convenor of the ANU Gender Institute and a Public Policy Fellow at ANU.

Book signings will take place at 5.30pm before the conversation and then again after.

This event is free.