Home » Between the idea and the reality falls the shadow: A case study in lawyer regulation

Between the idea and the reality falls the shadow: A case study in lawyer regulation 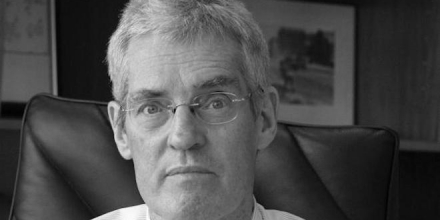 The story Briton, tells about lawyer regulation is, as he says, ‘a story I tell from first-hand experience’.  During his 10 years as Commissioner he found widespread billing rorts – billing in six minute units for work that took far less time; charging an uplift for 'care and consideration' up to 50% or more on top of time costed bills; substituting a higher itemised bill for an earlier lump sum bill, if the client asked for an itemised account. These practices were rarely named in complaints, yet Briton says they were likely to reflect the standard operating procedure of a firm.

If this is a problem, what is the solution? In a recent reflective piece,

Between the Idea and the Reality falls the Shadow (733.39 KB), Briton suggests three amendments to uniform law regulating the legal profession (hoped to be national, but still only operating in NSW and Victoria) which might start the process:

John Briton completed the maximum 10 year appointment as Queensland’s inaugural Legal Services Commissioner in 2014. In that role, he directed and managed the Commission from its inception as an independent redress against solicitors for conduct complaints, and was responsible for developing and enforcing standards of conduct in the provision of legal services. Briton had oversight of complaint investigations and the initiation of, disciplinary proceedings against lawyers for alleged misconduct.

Significantly, Briton developed a range of innovative regulatory tools including a suite of internationally recognised ‘ethics checks’, designed to enable law firms to gauge the strength of their firm’s ethical culture and its infrastructural underpinnings. Never shy of expressing unpopular views (the position of Commissioner doesn’t require a lawyer and John made a virtue of not being one as it gave him scope to question attitudes), Briton now has freedom to express well informed views about the national regulation of the legal profession and ramifications for ethical practice.