Rekindling the Fire: Renewed Recognition of Māori Law in the New Zealand Courts 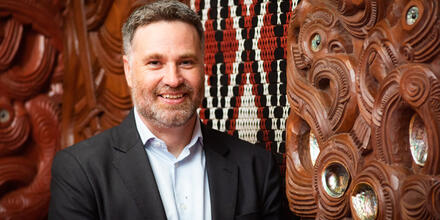 ANU College of Law is delighted to virtually welcome Dr Carwyn Jones, a Māori scholar from the iwi (people), Ngāti Kahungunu and currently an Associate Professor at the Faculty of Law at Te Herenga Waka – Victoria University of Wellington.

As part of a pattern of increasing engagement with Māori law, the New Zealand courts have recently grappled with the recognition of authority in relation to land, sourced in Māori law and legal concepts. These recent cases indicate that the courts are engaging with Māori legal concepts not simply as recognised customary practices or as aspects of property rights but as sources of law and authority that can, amongst other things, provide legal limits on the exercise of public functions and decision-making. While these are exciting developments, they have raised questions about the ability of the courts to effectively recognise and apply Māori law as well as questions about how courts should appropriately engage experts in Māori law within the state legal system. This seminar will consider the significance of these recent developments and discuss some of the tricky issues the courts are consequently encountering.