Home » The Lawful Forest: A Critical History of Property, Protest and Spatial Justice

The Lawful Forest: A Critical History of Property, Protest and Spatial Justice 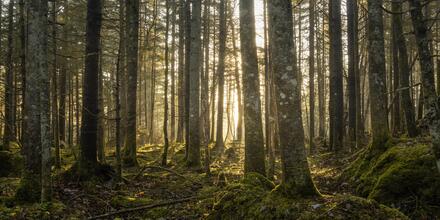 In 2016, speculative fiction writer William Gibson faced a unique dilemma. Gibson was unable to finish his current book because it was set in a present that no longer existed.[1] His own imagined future had weirdly become the present. He almost put the book aside for good, thinking:

This is never going to happen. All I could do was read the news feed and feel worse about that. But eventually I realised that I wanted to believe I was living in a stub. That…things weren’t supposed to be this way. It wasn’t supposed to be as dire.

Gibson’s dread is one that many of us have shared over the last few years – a sense of being blindsided by the dire turn of events and the speed with which a future dystopia is approaching. We are living through a global pandemic, the reality of the climate crises is playing out in the form of catastrophic wildfires and regular ‘one in a 100 year’ floods, and all the while economic inequalities continue to widen and political disenfranchisement is reaching chronic levels. There is a sense that these may be the end-days of late-stage capitalism, when David Harvey’s accumulation by dispossession nears its terminal conclusion with the final enclosure of our earthly commons.

Ironically, Gibson’s book was about both the present and a post-apocalyptic future – a time after the ‘Jackpot’, an unspecified cataclysmic confluence of ‘ecopolitical disasters’ that wiped out 80% of the human population, resulted in mass extinctions, and left the biosphere on the brink of collapse.[2] Gibson’s book is about a desperate attempt to steer the world towards a different path, and in some respects this paper (based on a co-authored book)[3] is, too.

By using a legal geography lens to explore the background to this moment in time, this paper seeks to better understand how we came to stand on the cusp of dystopia and whether there might be other ways forward. By exploring the historical record, it highlights shadow revolutions and the prefigurative imaginings of hopeful, utopian-like futures. Reaching back to pivotal moments such as Kett’s Rebellion, the 17th century Diggers, and the Paris Commune, when alternative legal and constitutional orders were temporarily given life, this paper observes potent forks in the road, and their unfulfilled potential. In each of these examples, the commons drew on the deep legitimacy of alternate property regimes and their non-capitalist relationships to place, community, and planet. The paper concludes by asking whether these alternate legal and spatial orders offer any lessons for a way out of our current predicament.